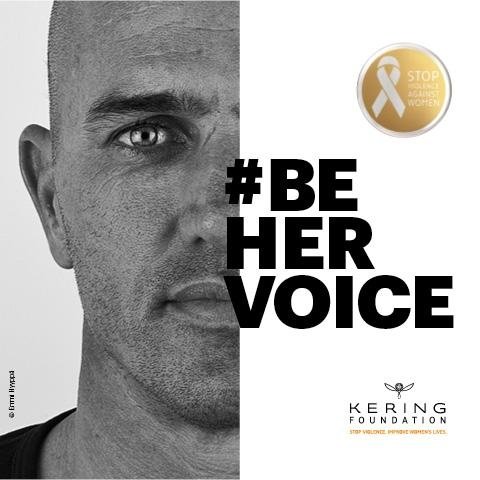 This is the first time the campaign has called on well-known male faces in its five-year history, with French footballer Antoine Griezmann, American surfer and founder of menswear brand Outerknown Kelly Slater and Chinese actor Yang Yang all coming together to help the cause.

Francois-Henri Pinault, President of the Kering Foundation and Chairman and CEO of Kering, said in a statement, “At the Kering Foundation we are working alongside nonprofits and governments to combat violence against women, but the real challenge is in changing societal behaviors and beliefs.
“When one considers that one in three women worldwide experiences violence, it is clear that this issue touches us all, be it as a society, a corporation or citizen; be it as man or woman. With our White Ribbon for Women campaign we hope to break the taboo on this epidemic by encouraging everyone to join in the combat and raise their voices alongside our ambassadors.”

The men in the campaign had portraits while recounting stories of violence against women. The hashtag #BeHerVoice is going hand in hand with the campaign.