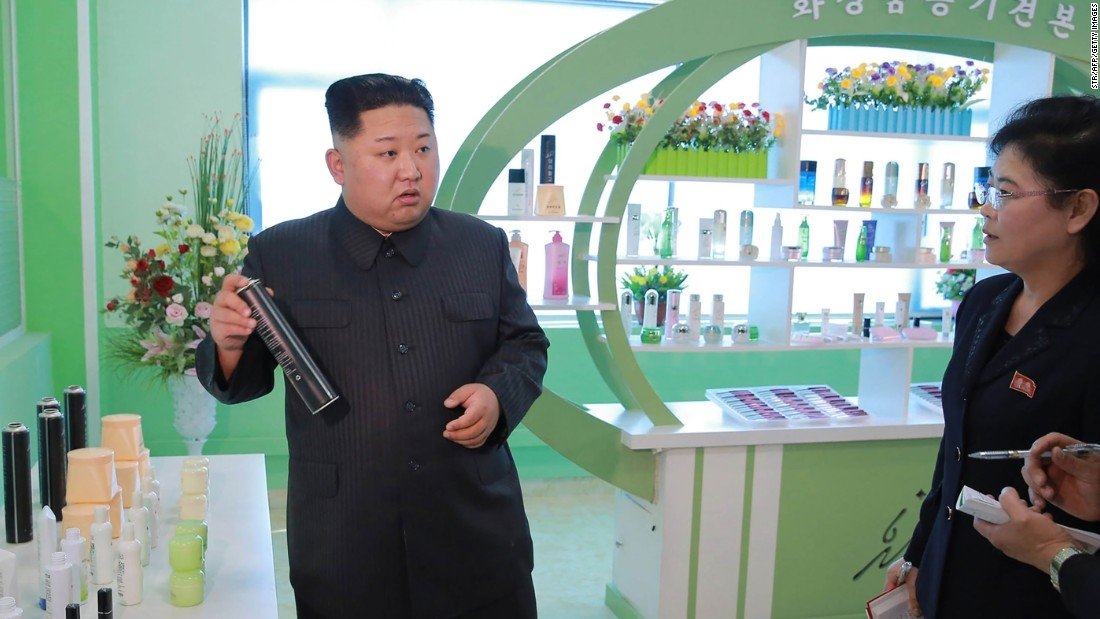 North Korean leader Kim Jong-Un has been photographed visiting a cosmetics factory in Pyongyang where it was reported he had praised the production of high quality product and packaging that is helping develop the country’s cosmetics market, as reported by the state-run Korea Central News Agency (KCNA).

Jong-Un, currently embroiled in political tensions with the US and Russia, visited the factory with his wife Ri Sol-ju and is said to have urged the staff to make the products ‘world competitive’, a move which is thought to enable the country to become increasingly self-sufficient in beauty production due to turbulent economic pressure.

The dictator was quoted as saying, “The factory has been built to a high standard so the practical interests through integrated manufacturing and business management can be guaranteed. The factory produces not only a variety of cosmetics but also provides quality. This can help women fulfil their dreams of becoming more beautiful.”

It is thought that factory is also upping its production to include hypoallergenic and functional products at the 29,200 square-meter factory, which has more than 1000 machines.

Indeed, the move to establish its own cosmetics industry follows the halting of imported luxury goods into North Korea due to sanctions. Local premium brands include the likes of Bomhyanggi and Unhasu.