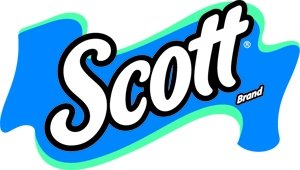 Kimberley-Clark has become one of the first companies to issue a ‘haze-free’ declaration, proclaiming that its paper and wood-based products are sourced sustainably in the face of growing protests over the air pollution caused by forest fires in Indonesia.

Thanks to the FSC certification obtained by the company six years ago, Kimberley-Clark’s pledge has set it apart from its rivals, who are subject to heavy criticism on social media as anger over the ongoing health and environmental crisis caused by slash and burn practices grows.

Singapore’s National Envrionment Agency has notified six companies of violations of the Transboundary Haze Pollution Act, including Asia Pulp & Paper. As a result, three Singapore supermarket chains have pulled all Asia Pulp & Paper products, spanning some 80 brands, from their shelves.

“Singapore has been very affected by the haze, and there’s been a big push from the government and NGOs to encourage consumers to buy sustainable products. There has also been a real groundswell of consumer activism on Facebook and Twitter calling for action and asking how ordinary people can make an impact,” said Alistair Monument, Asia-Pacific Director at the Forest Stewardship Council in an interview with World Trademark Review.

The issue has raised awareness of the FSC logo across Asia, and brands are increasingly persuaded of the benefits of certification as consumers look to vote with their feet, sourcing products and services that are ‘haze-free’.

“By using the FSC trademarks, companies are able to avoid the risks that come with buying products from unsustainable sources”, said Monument. “Businesses in Singapore that can’t show that they are sourcing responsibly may take a big hit, and when consumers choose products with the FSC logo, that makes a real impact in the forest.”