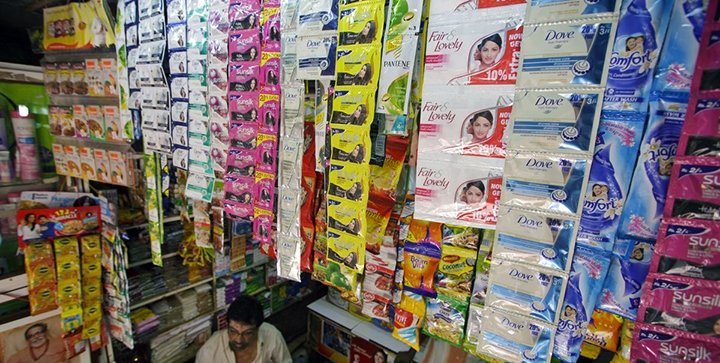 Beauty giant L’Oréal has created smaller packaged products in a bid to target poorer consumers in India, as the brand struggles to move past its 4 percent market share.

The market share, according to Euromonitor International, shows the difficulties that abound in the Indian personal care industry, which is still widely thought to be a relatively untapped market.

L’Oreal is now moving on from its steadfast marketing campaign of recent years, which targets the affluent indian consumer, and is looking at ways in which to attract a less wealthy customer. Set to capitalize on the so-called ‘sachet revolution’ of the 1990s, the company is shrinking its packaging sizes in order to cater to the need for lower-priced items.

Indeed, according to Neilson, Indian consumers now buy more sachet-sized items such as shampoo and conditions, than normal products, making it a potentially profitable area in which to delve into. And with L’Oréal now selling small tubes of men’s face wash and a mini pouch of Garnier hair color for 60 cents, it seems the company is keen to take a slice of the action.

Jean-Christophe Letellier, Head of L’Oréal’s Indian business, said, “You cannot exist, if you don’t have a selection of small packets in India.” And the area of smaller sized packaging could benefit other markets too, Vijay Udasi, a senior vice president at Nielsen in India, told WSJ, “If it succeeds in India, there is a great chance it will succeed in other developing countries.”