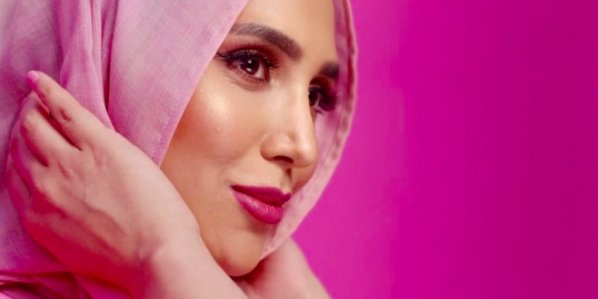 Appearing in a new advert for the brand, Khan joins the likes of Winona Ryder as a face of L’Oréal, boasting a strong influence on the UK market through her beauty blogging career.

Speaking to Vogue, the beauty blogger said of the appointment, “How many brands are doing things like this? Not many. They’re literally putting a girl in a headscarf – whose hair you can’t see – in a hair campaign. Because what they’re really valuing through the campaign is the voices that we have.
“You have to wonder – why is it presumed that women that don’t show their hair don’t look after it? The opposite of that would be that everyone that does show their hair only looks after it for the sake of showing it to others. And that mindset strips us of our autonomy and our sense of independence. Hair is a big part of self-care.”

Khan suggested that the development will inspire younger-hijab wearing women. She said, “I think seeing a campaign like this would have given me more of a sense of belonging.”