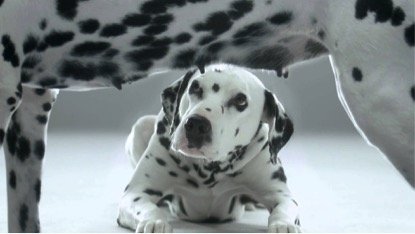 In an effort to further its health credentials, L’Oreal brand La Roche-Posay is launching a new social media campaign to raise awareness of skin cancer.

Featuring dalmatians, the Skinchecker video campaign, which launched today, urges consumers to examine the skin of their loved ones to check for moles or blemishes which could resemble skin cancer. It draws upon on research from UK-based market research firm Ipsos which found that 73 percent of people surveyed about skin cancer said they cared more for the health of a loved one than their own health.

The campaign will be promoted via YouTube, Twitter and Facebook and will be accompanied by a road show beginning in London in early May, which will roll out to other UK cities over the summer.

The Skinchecker campaign launched in Latin America and Asia in July and follows successful mole-checking road show events, which have been held in international markets since 2010.

“If you look at awareness campaigns in the industry for many years most of them have taken an alarmist and scare tactic approach which might not be resonating strongly with consumers because they don’t want to be in the situation of facing almost certain death.”

“You finish the video and you feel happy. You have a smile on your face and this is something that you don’t normally have with a skin cancer campaign,” Raynaud added.

L’Oreal teamed up with the British Association of Dermatologists for the campaign and viewers will be directed the Association’s Be Sun Aware platform, which offers further advice on how to identify a potential skin problem.