L’Oréal Paris champions diversity; launches ‘Your Skin, Your Story’ True Match campaign in the US 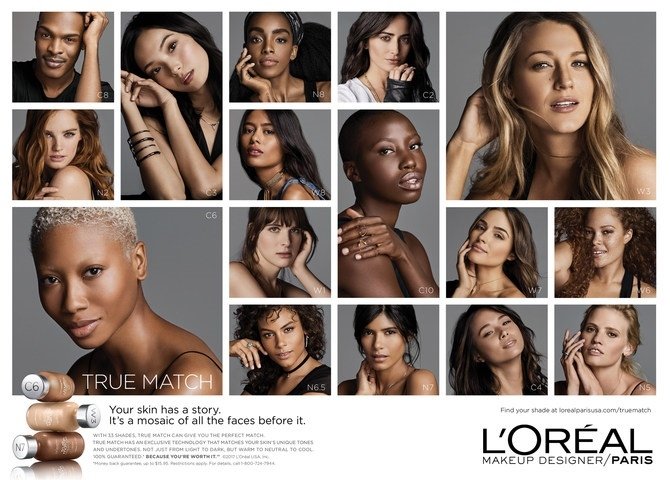 L’Oréal Paris has launched a new campaign for its True Match foundation in the US market. Mirroring the #YoursTruly campaign already active in the UK, the US ‘Your Skin, Your Story’ tagline champions the ‘unique mosaic of American beauty’, as the French beauty giant puts it.

“L’Oréal Paris is a brand fueled by a mission to empower everyone to own and embrace their individual beauty and intrinsic worth,” says Tim Coolican, Deputy General Manager, L’Oréal Paris USA. “By featuring a diverse blend of individuals and illustrating their individual skin stories, our new True Match campaign celebrates the power and beauty of feeling comfortable in your own skin.”