L’Oreal partners with CFAO to expands its Africa presence 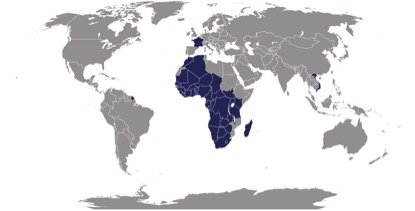 In an effort to strengthen its presence in Africa, L’Oreal has signed an agreement with Compagnie Française de l’Afrique Occidentale (CFAO) to cover the production and distribution of cosmetics in the Ivory Coast.

Headquartered in France, CFAO is a multinational company selling manufactured goods such as automobiles and pharmaceutical products. It operates in Africa and France’s former colonies.

The partnership will allow L’Oreal to access CFAO’s extensive distribution channels, cosmetics production and packaging facilities in Africa, and benefit from the firm’s experience of the African markets. CFAO will be the sole distributor of L’Oreal’s international consumer brands, such as L’Oreal Elseve, Dark and Lovely, Mixa, Ultra Doux, Maybelline.

Geoff Skingsley, L’Oréal’s Managing Director for Africa Middle-East Zone, commented, “The distribution and production partnership with CFAO is part of a strategic plan for the L’Oréal Group in Ivory Coast and French-speaking West Africa. Ivory Coast is a fast-growing market where beauty products have a strong appeal among local consumers.  It is crucial for L’Oréal to increase its presence in these expanding markets.”

The agreement is the latest move in L’Oreal efforts to strategically expand its presence in Africa with a focus on countries such as Kenya, Egypt, South Africa, and Nigeria. In 2013, L’Oreal had three branch openings in Nigeria, Kenya, and Ghana, and the firm recently inaugurated a new plant in Egypt.

L’Oreal aims to double its customer base by 2020 by gaining one billion new customers. The majority of the growth is expected to come from emerging nations in regions such as Asia, Africa, and Latin America. L’Oréal sold almost 120 million units in Sub-Saharan Africa in 2013, up 52 percent from 2012.