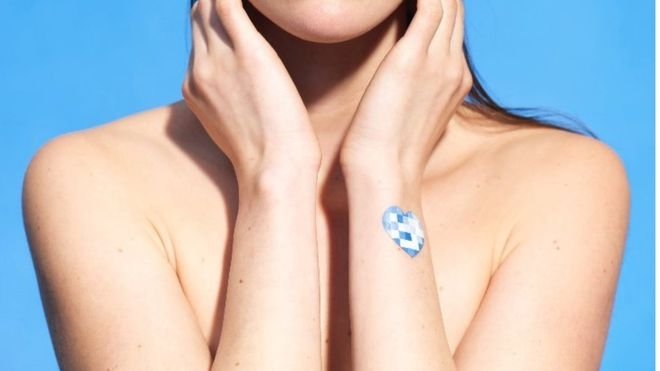 Beauty giant L’Oréal surges on with its digital onslaught with the launch of a new smart skin patch that will track the skin’s exposure to the sun and its harmful UV rays, named My UV Patch.

Launched at the technology show CES in Las Vegas, the patch is available for free and contains a photosensitive blue dye which changes color when exposed to ultraviolet light. Consumers must then take a photo of the patch and upload it to an app which will then show the results.

Speaking to the BBC, Guive Balooch, Global Vice President of L’Oréal’s Technology Incubator, said, “Today all the wearables you see are jewellery or wrist bands – but not wearable in the sense that you wear them anywhere on your body. Being able to have this technology to measure properties of the skin in real life anywhere you want allows us to develop really new testing methods for future products.”

While other patches are on the market, L’Oreal has stated the flexibility of the patch is strong and it can be worn for days, rather than others which are used within minutes.

The patch was developed by a team of scientists in the firm’s tech incubator department whereby a team of 25 scientists and researchers working in cities such as New York, Paris and Singapore worked together to develop the patch.

Thinner than a plaster, consumers can wear the patch anywhere on their body, and it will last for around five days.