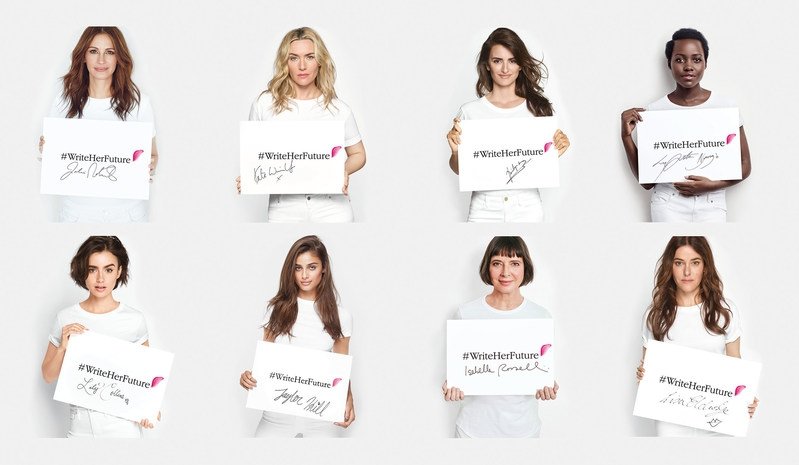 Lancôme has announced the launch of a new campaign, Write Her Future, aimed at tackling illiteracy issues amongst women in both developed and developing countries.

Aiming to combat what is a ‘relatively unknown yet universal cause’ the L’Oréal-owned brand aims to help the 76 million women worldwide that can’t read or write, pledging at least €2 million to fund international literacy programs and develop local support communities for this cause over the next five years.

The Write Her Future campaign will launch practical literacy programs worldwide in order to change and raise awareness of the issue, with the company having initially partnered with CARE, an NGO operating in 94 countries and committed to more than 1,000 projects on the ground. Together, the first literacy program has been launched in Morocco, followed by two other programs starting this year in Guatemala and Thailand.

Françoise Lehmann, Lancôme International President, said, “Today, 76 million young women lack basic reading and writing skills. Often hidden, this handicap causes young women to face exclusion and dependence, with serious consequences for themselves, their families, and their close ones. This is why Lancôme has committed to ﬁght against young women’s illiteracy and give a voice to this invisible reality.
“Write Her Future, Lancôme’s very ﬁrst global philanthropic program is a civic and long-term commitment, which aims at raising awareness, implementing concrete actions in the ﬁeld, and initiating a movement in favor of women.”