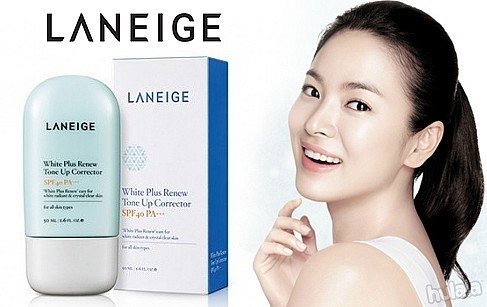 Laneige has been ranked Korea’s most valuable cosmetics company according to a recent Brand Stock Top Index (BSTI) data.

Laneige, owned by AmorePacific, proved the highest-ranking cosmetics brand, scoring 848 out of a maximum 1,000.

Due to Korean Wave-the increasing popularity of South Korean culture overseas- Lanegie has been performing very well recently. The brand recently revealed that since mid-February, it has sold 800,000 products overseas of its new Two Tone Lip Bar.

Other cosmetics brands to perform well in the index were SK-II and Lacvert, which were valued in the upper 700s.