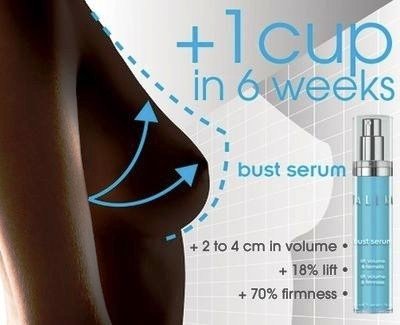 A notice of dismissal was filed last month by Judge Paul Engelmayer to the US District Court for the Southern District of New York in a case against Talika USA amid claims its Talika Bust Serum 2.0 did not live up to advertising claims.

New York-based Raisbel Pena filed a lawsuit against the company as she did not feel the $60 serum did anything to enhance her breasts, as is claimed by the company. The complaint expressed that despite using the product for six weeks, as advised, she “did not observe any physical alteration (either growth in volume, change in contour, firmness or lift) of her breasts.” However, on marketing material the company claims growth of two to four centimeters in volume, 18% more lift and 70% more firmness.

The company was accused by Pena that it was violating consumer protection laws in all 50 states. However, in a letter to the judge dated June 4th 2015, the plaintiff’s attorney from law firm Lee Litigation Group explained that a deal had been made. The two parties are currently in the process of finalising the terms.

Similar proposed action has been filed against L’Oreal USA and Urban Decay Cosmetics in other class action. According to the lawsuit the companies are being accused of falsely advertising the Lush Lash System product, which they state contains a “growth accelerating serum” and will grow eyelashes by 25% in two weeks, 40% in four weeks and 63% in six weeks.

The plaintiff, Sonia Severino, is seeking class status and $5 million in damages and court costs.