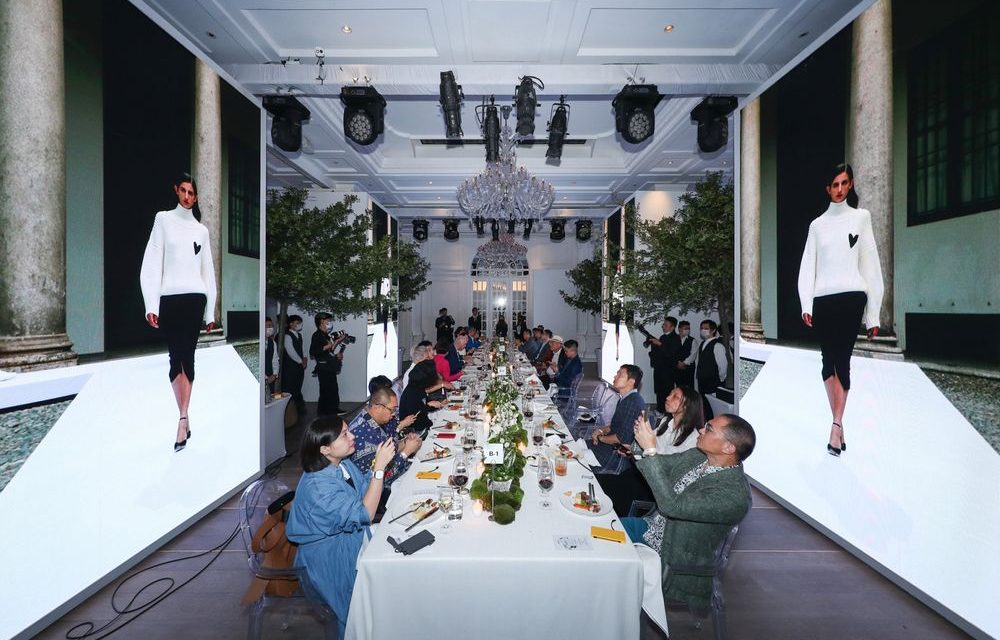 What happened?
Mass gatherings of people, extensive international travel, the unrelenting flow of product – the writing was on the wall for big events as soon as the myriad restrictions and consequences of COVID-19 became clear, and it became one of the hardest hit industries worldwide. As reported by the NY Times, a late February Biotech conference at a hotel in Boston, U.S., left an infamous footprint in the timeline of the pandemic. With 175 participants seemingly underestimating the international reach of the virus, the event was a superspreader catastrophe. Enacting a transmission chain across the world, the Biotech event became an example of just how disastrous globally interconnected events could be to the worldwide spread. And as lockdowns began being implemented in every corner of the globe, as well as international travel grinding to a halt, event cancellations and postponements came in thick and fast.

B2B trade shows such as Cosmoprof Worldwide, LuxePack, In-Cosmetics Global and PCHi, and TFWA all closed their doors for the year, or, optimistically, postponed to a later date, with many scrambling to recalibrate and transform, hastily investing in digital offerings, such as the launch of Wecosmoprof, with an explosion of webinars, online product showcases and buyer insights.

The end was nigh for most physical fashion and beauty shows too. Closer to the initial virus outbreak, Shanghai Fashion Week set the digital standard for show formats in 2020. Cancelling its physical show, the event pivoted quickly, teaming up with Alibaba to livestream its AW20 show on Tmall. As the pandemic hit Europe, in April the British Fashion Council also announced a change in direction for London Fashion Week, with the show moving to a virtual platform encompassing content such as interviews and podcasts with designers, webinars and digital showrooms.

The trend for online content evolved swiftly across the industry, with G Star showcasing its spring 2020 show on an Instagram stay-at-home catwalk and Christian Dior staging its cruise 2021 event live with no audience. Postponing its Spring 2021 show and pulling out of Milan Fashion Week altogether, Gucci forecast the future, voicing more severe hesitations about the long-term viability of such a high turnover of events in the fashion world. Speaking at a press conference, Creative Director, Alessandro Michele stated that the brand was no longer adhering to the spring/summer, autumn/winter, cruise and pre-fall rota, and would instead put on ‘seasonless’ shows just twice a year.

What should have happened?
Having been on the backfoot for some time, the event industry’s untimely demise during COVID-19 has shone the spotlight on its failings. While the rest of the world caught up with the myriad commercial and lucrative benefits of digital and e-commerce long before the pandemic hit, most event companies, such as In-Cosmetics 2019, continued to flog the proverbial dead horse, engaging in the long-standing show set-up of old. Big budget, over-priced stands, environmentally destructive global movement of people from one show to the next, and a lack of evolution of format. While many frantically diverted to digital in the wake of the pandemic, the migration and investment to digital products and services should have evolved way before the virus forced its hand.

With AR tech innovations and digital conference capabilities being accessible and evolving long before the virus reared its ugly head, organizers had all the tools at their fingertips. Had they utilized and implemented them sooner, events would have been well versed to forge interconnectivity and engagement via digital competencies, while also reducing the cost and sustainability issues surrounding worldwide events. Not to mention maintaining their audience – and revenue – when global travel all but stopped completely.

What will happen next?
The events industry has been on a steep learning curve during the course of 2020. As one of the industries hardest hit by the pandemic, it’s no longer a case of waiting for normality to resume, it’s a question of how do organisers evolve the experimentation level they have immersed themselves in over the last 12 months to survive?

There are many hurdles to overcome, and one that will be the most challenging is the onslaught of digital fatigue. As suppliers, buyers, and decision makers become weary of the online event explosion, the key to a successful transformation is anticipating this lethargy and evolving strategies to overcome it, with user engagement a key component to success.

This is where the B2B events world would be wise to take lead and learn from the fashion industry. As previously mentioned, fashion weeks the world over pivoted quickly to digital, and hybrid, regional events emerged as an innovative replacement for physical shows. With global travel set to be subdued for 2021 and beyond, the evolution of events – see Chanel, Tokyo Fashion Week, and the aforementioned seasonless Gucci shows – has already begun. It’s a positive shake-up for the industry not only in giving it a timely and lucrative new direction, but also in the sustainability stakes. Less global travel means a lower carbon footprint.

Fashion brands in China, on the front foot of the pandemic bounce back, have perfectly showcased how hybrid events are the future. Shanghai Fashion Week teamed up with Alibaba to livestream its show, and according to WWD.com, the world of design is taking it one step further. It said, “Prada, Fendi, Valentino, Hugo Boss, Dior and Miu Miu hosted events for hundreds of guests to watch the show via livestream, which was accompanied by celebrity photocalls, cocktail receptions, seated dinners, and comprehensive digital campaigns across all social media channels for record-breaking results.” Dior’s astonishing 83.6 million views for its spring 2021 show in China is a success indictor enough.

Trade, it seems, is catching on, albeit slowly. Cosmoprof’s digital offering WeCosmoprof partnered with Alibaba in a bid to enrich its offering. Creating a ‘high performing system’ through the collaboration, participants were given access to a virtual pavilion.

Organizers that combine these virtual pavilions with accessible, sustainable, local events, such as what designers have been showcasing in China, will benefit from the harsh lessons of 2020 going into the new year and beyond. As Influencer Rita Wang, who attended the new fashion screening events, told WWD.com, “I miss sitting in front rows and watching the shows in person but watching the shows in Shanghai saved me lots of time in travel. And the food was amazing at those dinners, especially at Miu Miu,”

As retail has cottoned on to, experiential, AR and AI experiences are increasingly sought after – team these with regional, intimate events to fend of digital fatigue and allow key players to watch, mingle and engage, and you could be looking at the future, and saviour, of the events industry.