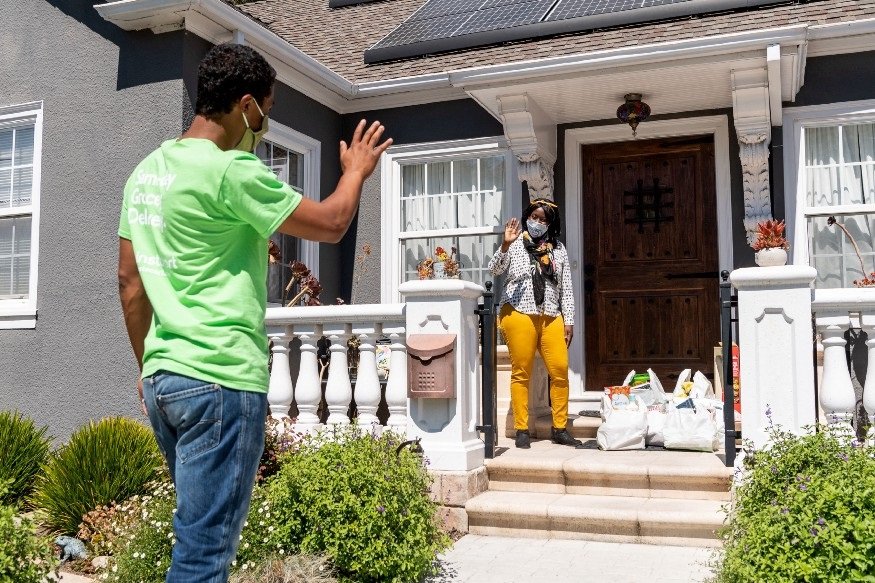 As pandemic-related closures forced us all off the high streets and onto the internet and essentially wiped out the travel retail channel, everything we thought we knew about shopping for beauty changed. For although online shopping has always been there, pre-Covid, the majority of beauty buyers still shopped in store. Accordingly, e-commerce development had lagged in recent years, leaving brands and retailers playing catch up.

And so the race to deliver in the digital space was on – literally. Ulta rolled out a curbside collection capability; Sephora teamed up with Instacart to offer same-day delivery and Postmates branched out into beauty.

Widespread closures also led to a temporary boost in traffic for the drugstores and supermarkets that enjoyed ‘essential’ status and continued to welcome shoppers IRL. The gloss soon wore off, however, for the likes of Boots, due to ongoing reduced footfall and increased competition from supermarkets trading on their ‘one stop shop’ advantage.

As lockdown rules were relaxed, department stores were also well placed to benefit from their ‘everything under one roof’ USP – handy for those trying to limit their trips – but their over-capacity soon became all too obvious. Permanent store closures inevitably followed, not to mention diversification into services.

What should have happened?

There’s no doubt that, coming in to 2020, both manufacturers and retailers were sleeping on the job in terms of digital development. Progress was measured – online shopping was the future, but it wasn’t now and it was an expense that could be put off for another day. That can be seen clearly in the results of the majors – those who have always pushed digital (L’Oréal) suffered a lesser blow and recovered more quickly. Granted, in China livestreaming momentum was building but, even in the global digital shopping capital, most shoppers were still buying in store.

The present was all about the flow of people – and no one had predicted that that particular river was going to suddenly dry up. Admittedly, department stores and drugstores were struggling – but not because of beauty; fashion was the dead wood. Manufacturers and retailers should have invested in digital earlier and faster.

What will happen next?

The pandemic has accelerated the shift to digital, especially social selling, which was in its infancy before. Will this wholesale move prove permanent?

It may well be that consumers are left with little choice; in the US store closures are happening left, right and center and, in Europe, as repeated lockdowns have delivered double blows to bricks and mortar ahead of the all-important holiday season not to mention the reduced traffic in between enforced closures, we’re seeing more and more majors topple. Debenhams has been the latest to announce its winding down the shutters for good.

That leaves brands and retailers the ongoing challenge of encouraging trial without physical stores. There has been movement in this arena already with Lauder letting Spotify listeners order samples via Google Home and we can certainly expect the Chinese livestreaming boom to be replicated elsewhere as influencers become even more key to marketing plans.