Let’s play: why it’s time to get involved with women’s sports sponsorship 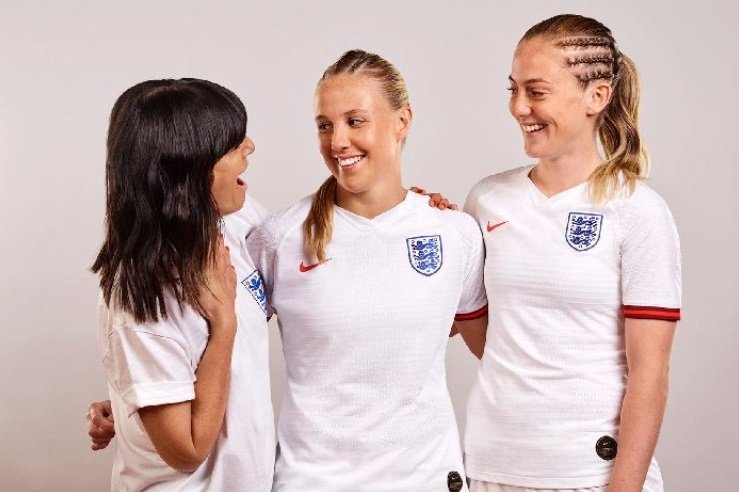 ‘She does not enjoy competitive sports’… I stifled a laugh as I read this line on my four-year-old’s first ever school report this week – like mother, like daughter, thought I. However, while that line in various incantations has appeared on every school report I have ever received, perhaps my daughter isn’t doomed to be a hater for life.

Because it can’t have escaped anyone’s notice (I mean, even mine!) that women’s sport is finally gaining some serious traction. England’s female soccer team, fondly known as The Lionesses, made the back page of every single major British newspaper on Tuesday ahead of the World Cup semi-final – surely a first (that’s a guess, because I can’t pretend I’ve ever read the back page of a newspaper)?

And where the column inches grow, so do the sponsorship dollars – both Visa and Adidas have stepped it up for the FIFA Women’s World Cup – the latter offering to match male performance bonus pay outs for the winning team and the former making its largest investment in women’s football to date, and several beauty brands are following suit. Boots has signed on as sponsor for the UK soccer teams while Head & Shoulders is the official hair care partner of both the England women’s and men’s soccer teams and last month launched a campaign encouraging shoppers to style their hair in support of the women’s team this summer. Shiseido recently named Japanese tennis player Naomi Osaka as global ambassador and the face of its sunscreen brand Anessa while Lauder-owned Clinique signed on as sponsor for the World Cup of Gymnastics back in 2017.

And the stats suggest this is a wide decision – after all, some 84 percent of sports fans professed an interest in women’s sports in a 2018 survey conducted by Nielsen (more than half of whom were men) and fixtures are pulling in record audiences be it netball, Women’s Six Nations or tennis. Indeed, viewing figures for the FIFA Women’s World Cup this summer are expected to hit one billion – and, in the US, they are significantly higher than those for the men’s tournament. No doubt why the games are aired by Fox and Telemundo and sponsors include L’Oréal Paris and Coca Cola. From an ROI perspective, that’s not to be sniffed at.

Indeed, now, with mainstream media paying increasing attention to women athletes, is the perfect time to invest. “The brands that put their neck out now will probably get a great deal,” Sam Grimley, Commercial Director at GumGum told Medium.

Despite all this, sponsorship of women’s sport remains low – accounting for just 1 percent of the sponsorship market – but it is growing, up 47 percent between 2013 and 2017 thanks to some of the landmark deals mentioned above.

So is there hope for my daughter? Will she grow up in a world where women’s sport gets equal airtime and consequently inspires the next generation to get out there on the pitch? I sincerely hope so.