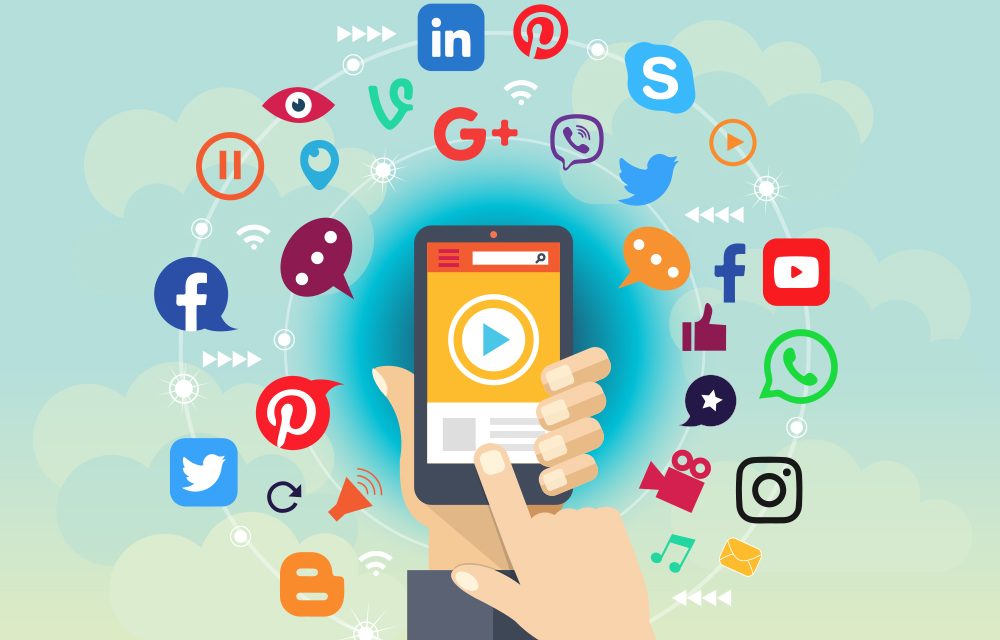 Shall we talk about TikTok? Because, apparently, we should be, as apparently, it’s the ‘next big thing’ in social media. Indeed, the video site is supposedly the must-have app in your marketing game plan. And while it may look like it’s merely a host of bright young things mouthing away to the latest Beyoncé song – it has surprisingly effective marketing potential. Not convinced? Hear me out.

Video is in. Yes, we all know that in our digital landscape social marketing is a must, and we all know that 2019 changed the advertising game, with influencer collaborations evolving as giving one of the greatest ROI. But what is becoming abundantly clear is the power and draw of video content. Let’s look at the stats. According to HubSpot, social media posts with video boost views by a whopping 48 percent. And when reviewing marketers, new research by Wyzowl highlighted that video remains a key priority, usage and spend on video marketing will increase again in 2020, and, perhaps most importantly, 88 percent of video marketers reported that video gives them a positive return on investment — a 5 percent increase on the previous year’s figure.

But where on earth do you start and what do you put out? Instagram, Snapchat, Facebook, YouTube, Pinterest, Weibo, WeChat, Twitter, DouYin, Tencent Video – the list is quite literally endless. According to Wyzowl, YouTube and Facebook are still the most used platforms, with Hootsuite stating that a whopping 2 billion users log into YouTube every month, 81 percent of 18-25 year olds in the U.S. use it, and visitors spend 11 minutes, 24 seconds on average on the site. In fact, it’s become such a mainstay of wellness entrepreneur Jen Atkin, Founder of Ouai and Mane Addicts, that it has become one of her biggest time investments.

Of course, the other platforms aren’t to be sniffed at – Instagram, for example, welcomes a colossal 1 billion people per month, making it the second ranked traditional social network in terms of active users, just falling behind Facebook. With 63 percent of users logging in at least once a day (that’s a whole load of consumer interaction), and 200 million visitors checking out business profiles per day, it’s little wonder that it’s advertising reach could potentially hit 849.3 million users. And those users are a fairly equal mix of men and women, with 67 percent of 18-29 year olds using it, 47 percent of 30-49 year olds, 23 percent of 50-64 year olds and 8 percent of 65+. LinkedIn is also continuing its success, apparently the most successful site for video marketers, while Snapchat is steadfastly falling in popularity, according to HubSpot.

That’s where, but what, exactly, are people putting out? The aim of the game is to boost conversions and to drive traffic. The more people that see your content, the better, right? There’s nothing more beneficial than an inspired campaign that draws on the social interests of your target audience. And with video being so popular, it stands the risk of oversaturation, so thinking outside the box is a must. Take the recent Carpool Cosmetics, created by Grazia – a pioneering take on James Corden’s runaway success show Carpool Karaoke. It’s fun, it’s fresh and it’s exactly the kind of content young consumers will drink up. Which leads us quite nicely back to TikTok – the new kid on the block and not one to be dismissed – according to HootSuite it has huge potential, with 66 percent of users reporting success. And these (predominately Gen Z) users are lapping up the authentic content – the formal corporate marketing campaigns being completely upended by a new business marketing trend that has organically risen to the fore – employee content. Indeed, employee creators are seemingly generating much more buzz – and views – than staid corporate content, showcasing daily life in store and on the floor, with these accounts being viewed by millions worldwide.

So, whether a company’s marketing strategies align more with the tried and tested YouTube, or a brand is looking to move with the times and get inventive on TikTok – 2020 is clearly the year to embrace video and the myriad of marketing benefits it offers.