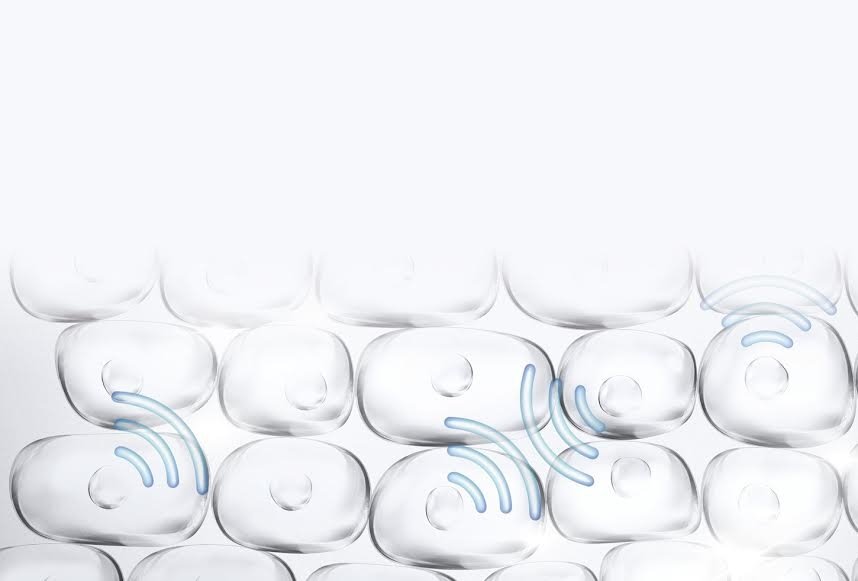 These days, due to modern technology, communication among Millennials is very frequent – while this may be a different story for the older generation. Something similar happens to cells as they age. Their communication is less efficient, so messages can be either lost or incorrectly communicated.

When reaching the age of 50, women start approaching the hormonal and transitional period of menopause. An increase in dryness, a reduction in skin thickness and elasticity, changes in surface roughness and microrelief, and an accentuation of aging signs like wrinkles and age spots are some of the characteristic consequences of this process on the skin.

The alterations in the signaling exchange between skin cells, which contribute to accelerating the skin aging process, affect skin functioning and homeostasis. The less connected the cells are, the lower the ability of the skin to function correctly as a whole. Reestablishing this communication is key for minimizing visible signs of aging.

Lipotec presents a new biotechnological exopolysaccharide sourced from a microorganism, original to a salina in Costa Blanca (Spain), which produces molecules involved in the cell-to-cell signaling processes. CELLYNKAGE™ marine ingredient enhances both direct communication between adjacent cells and crosstalk among different skin layers helping to restore homeostasis in the menopausal skin.

The rejuvenating efficacy of the active ingredient was evaluated on a panel of menopausal women who applied a cream with 2% CELLYNKAGE™ marine ingredient on half side of the face and a placebo cream on the other half, twice a day for 56 days. At the end of the treatment, the thickness of the epidermis increased by 15% and collagen density in the dermis by 2.44%. In addition, the microrelief structure improved by 113% when compared to placebo, resulting in a more regular meshing and a better organized skin.

By enhancing the direct communication among neighboring skin cells and improving the signaling  exchange between epidermal and dermal cells, CELLYNKAGETM marine ingredient augments overall  ntercellular communication and as result assists in a complete rejuvenating effect for mature skin.