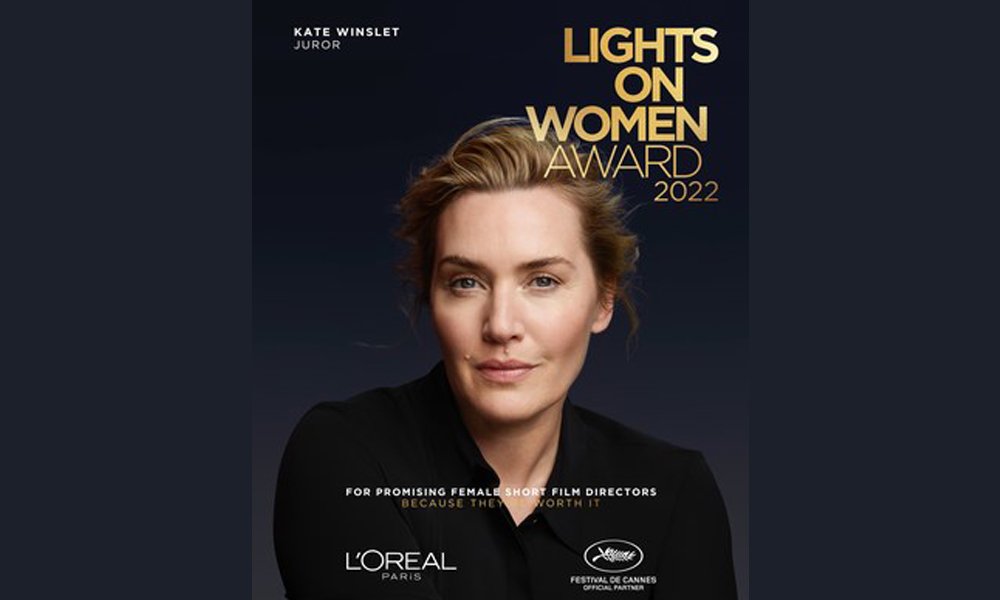 THE WHAT? L’Oréal has celebrated 25 years as the official partner of Festival de Cannes, returning to the festival to reaffirm its commitment to supporting women who make cinema.

THE DETAILS The French beauty behemoth will honour one female short film director in the second annual edition of the brand’s signature Lights on Women Award program.

The winning film will be chosen from the Short Films Competition and La Cinef’s selection at Cannes. This year, the Award will be presented in person by Academy Award-winner, L’Oréal Paris spokesperson and Juror, Kate Winslet.

THE WHY? L’Oréal is marking its milestone anniversary at the festival, bringing together its ‘family of spokespeople’ at Cannes to ‘celebrate an inclusive and empowered vision of beauty.’