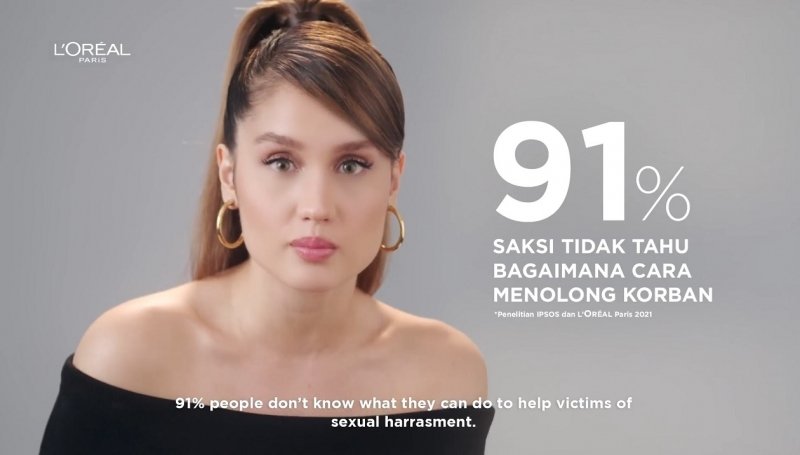 THE WHAT? L’Oréal Paris has launched its Stand UP campaign in a bid to raise awareness about street harassment in Indonesia, with Indonesian Actress Cinta Laura Kiehl, appointed as the brand’s newest ambassador, fronting a campaign film.

THE DETAILS The minute-long film was created by M&C Saatchi Indonesia with Kiehl explaining that she feels unsafe in public places.

Viewers are called on to participate in the campaign via a dedicated site that educates on how to stand up against street harassment.

The film will be supported by social media and influencer programs.

THE WHY? The program, which was created in collaboration with the National Commission on Violence Against Women – Komnas Perempuan, aims to train 100,000 Indonesians as well as build a community to create safe spaces for women.

Maria Adina, Brand General Manager, L’Oréal Paris, said, “The Stand Up movement is our way of actualising our brand purpose of building self-worth in women. Sexual harassment is very rampant on the streets of Indonesia, so much so that women don’t even realise when they are being harassed. We believe our programme will create positive change in Indonesian society and make it safer for women to move around freely, without the fear of facing harassment.”