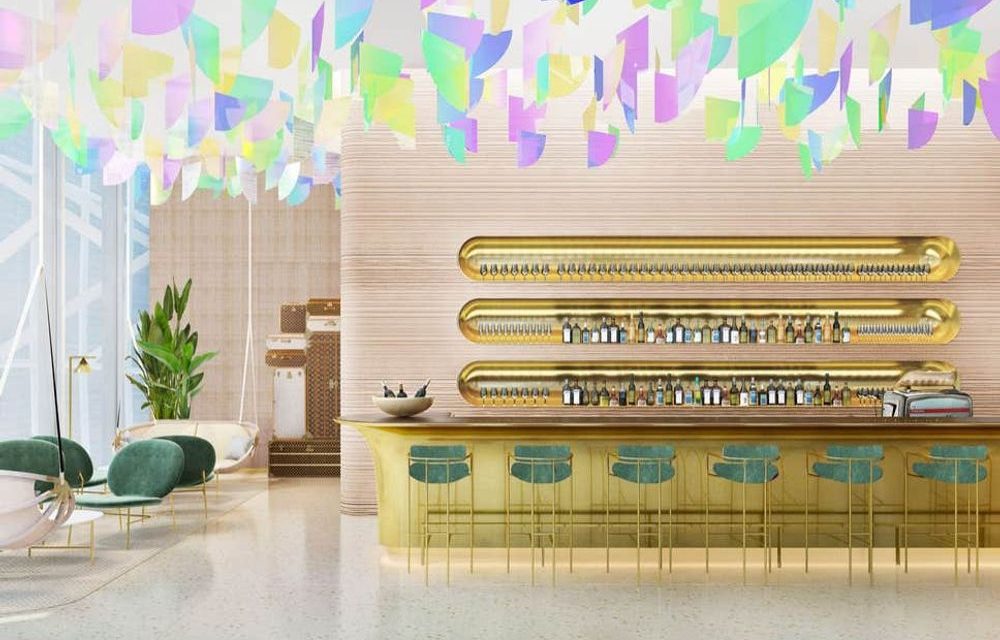 THE WHAT? Louis Vuitton has announced the imminent launch of a new restaurant and cafeteria, located in Osaka, Japan, opening 1st February.

THE DETAILS The first time the LVMH-owned brand has entered the hospitality business, the new restaurant and café will be located on the top floor of the flagship store in Osaka.

The café is named Le Café V, with the restaurant, named Sugalabo V opening at dinnertime and an offshoot of popular Japanese restaurant Suga.

The interiors were designed by Jun Aoki, with the restaurant only allowing a few diners per night.

THE WHY? The new diversification showcases LVMH’s intention to continue diversifying its business model to stay abreast of the market.

Speaking to the press, Michael Burke, Chairman and Chief Executive Officer of Louis Vuitton alluded to the fact the development was the first in a new brand development strategy for the brand, including more eateries and possibly hotels, according to WWD.com.

Commenting following LVMH’s acquisition of Belmond, owner of a portfolio of luxury hotels, restaurants, trains and river cruise properties, Jean-Jacques Guiony, Chief Financial Officer of LVMH, said, “We think the so-called experiential luxury is something that will be important in the future.”