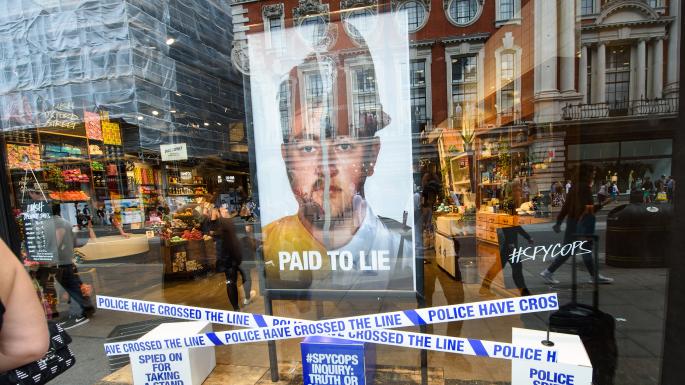 Activist skin care company Lush has received significant backlash over a new campaign that is aimed to place greater awareness on the UK ‘spy cops’ scandal, with the company now removing many of the window displays following alleged intimidation by ex-police officers.

The provocative campaign included show window displays with statements such as ‘Police spies out of lives’ and ‘Spied on for taking a stand,’ which the company states is in a bid to raise awareness of “the ongoing undercover policing scandal, where officers have infiltrated the lives, homes and beds of activists.”

However, consumers have taken to social media to express their concern over the campaign, with the Police Federation calling it “an insult to the hard work, professionalism and dedication of police officers throughout the UK.”

The natural store has now stated it would remove some of the window displays due to intimidation. Speaking in a statement, Lush said, “Whilst intimidation of our shop staff from ex-police officers and unhelpful tweets from those in high office are ongoing, not all of our shops feel able today to have the campaign window in their shops.”

The SpyCops campaign is ongoing, with the statement continuing, “However the campaign is still running for three weeks and we will be constantly weighing up what to do about the situation.’

And while some were in uproar over the initial campaign, there is now concern that the police have gone too far in silencing critics, with one Twitter user voicing his concern, “This is utterly dystopian. So criticism of the police is going to be met with you making sure it’s taken down? Your feelings may be hurt but people’s lives have been ruined. You’re a disgrace.”