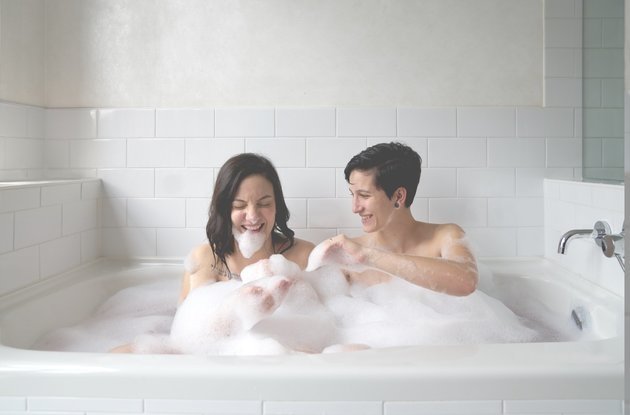 Lush took to Twitter to share an image of two men enjoying a bath, with a lesbian couple also enjoying a bath together, and has received acclaim from its consumers.

One Twitter user Gabrielle Leimon wrote, ‘@lushcosmetics loving that you are use a non heteronormative couple here. Take my money forever.’

A spokesman for Lush told The Metro, “At Lush we believe that love transcends gender. We set out to do one thing when creating our Valentine’s Day visuals, we wanted to capture love between two people and we believe that’s what we have done here.
“‘The fact that our loyal and loving fans are starting their own conversations using our visuals and #loveislove absolutely warms our hearts.”

The move follows a previous campaign by the company in 2015 titled GayisOkay, which raised funds for LGBT charities.