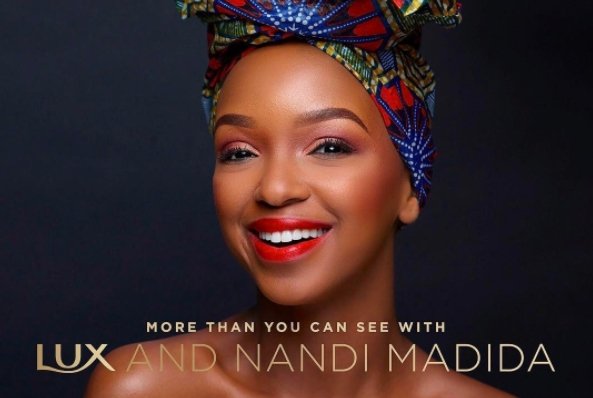 Lux South Africa has announced that Nandi Madida will front its latest TV campaign, according to a report published by Media Update.

The commercial, which aired for the first time last week, is part of the brand’s wider ‘We Are More’ campaign, which centers around inner beauty.

“We are happy to have Nandi join our Lux family. Nandi’s eclectic style and look, and her wide-ranging roles, from mother to TV personality, make her the perfect Lux woman. Her mix of modern and traditional, both in taste and through her music, is so representative of Lux,” Sphelel Mjadu, Unilever Personal Care PR Manager told Media Update.