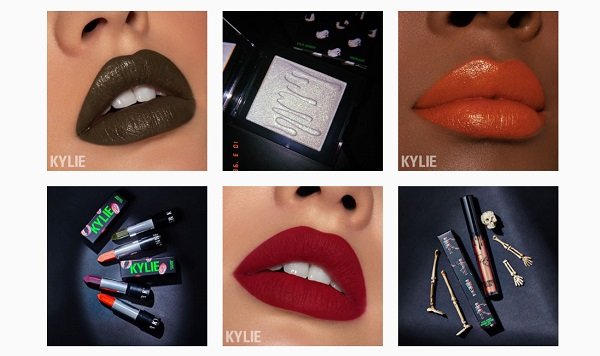 Kylie Cosmetics has been named the most influential beauty brand on Instagram, according to a report published by Stylist magazine. The Kylie Jenner-fronted brand has seen its following grow by some 421,050 over the course of the year.

So while Lauder-owned MAC still has the most followers of any beauty brand with a cool 19.3 million, Kylie Cosmetics has pipped it to the post to become the fastest growing. MAC’s following increased 369,540 in the same period.

Unsurprisingly, the third fastest-growing brand was none other than Fenty Beauty, with an additional 292,620 followers for a total of 5.1 million. Anastasia Beverly Hills was close behind welcoming 279,540 followers to the fold this year to make 17.9 million. Sephora added 232,920 fans for 15.3 million to rank fifth.

In positions six to 10, Dior Make-up gained just under 200,000 for 3.8 million, Maybelline swelled its audience by 173.460 to 7.5 million and Chanel caught the attention of 172,050 with its newly launched Chanel Beauty site which sent it above the million mark. Too Faced meanwhile, ranked ninth in the fast-growing stakes with its followers up by 159,840 to 11.1 million and, last, was YSL Beauty with 152,970 newbies, taking the total to 4.7 million.