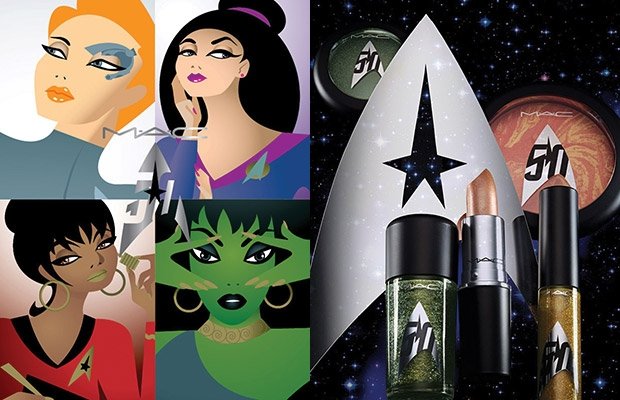 Marking the film’s strong female role models the Estee Lauder-owned company has created a range of make up products inspired by Uhura, Counselor Deanna Troi, Seven of Nine, and the Orion slave girl Vina. The products are due to launch online on August 26th, with a special preview sale in San Diego on July 21st.

The 25 piece collection will feature eye, lip and face products.