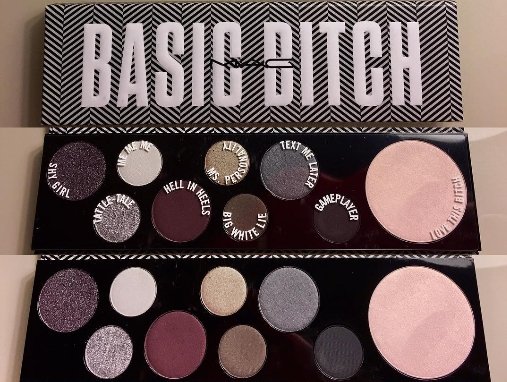 Estée Lauder-owned MAC is set to launch its own version of the popular Urban Decay Naked palette – but being MAC, it’s chosen a rather controversial name for its multi-purpose make-up.

The Basic Bitch Palette contains essential shades that will allow the user to create a series of popular looks such as smoky eyes and ‘no-make-up’. The controversial name is based on a slang term that has come to mean someone who enjoys mainstream brands and trends or  ‘the cozier – and more ubiquitous – things in life’, as Allure puts it.

The palette was revealed by MAC Senior Make-Up Artist Netta Szekely via her Instagram account during Milan Fashion Week.  An official launch date is yet to be announced.