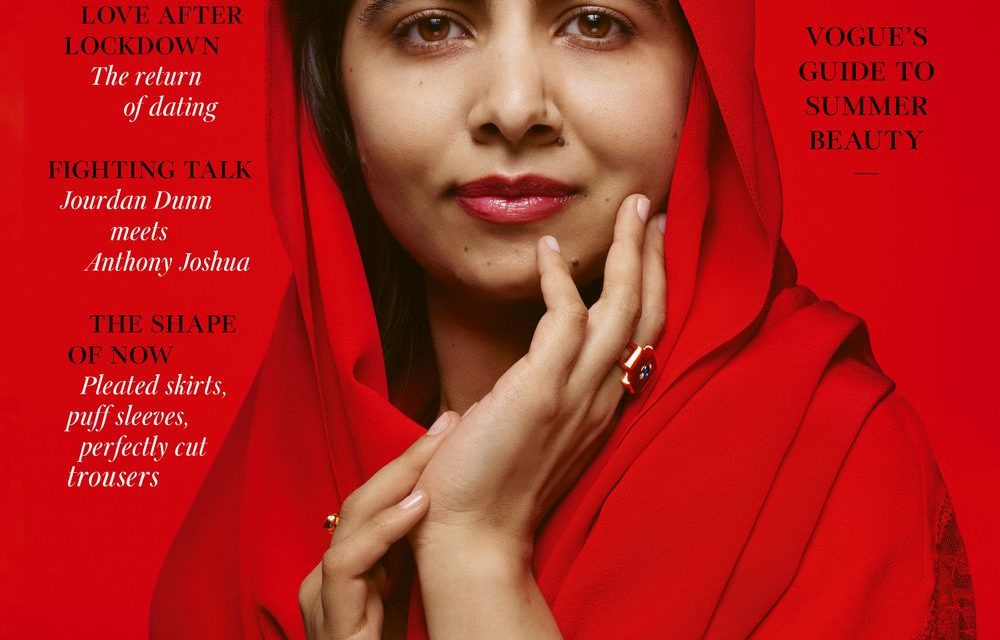 THE WHAT? Malala Yousafzai has been unveiled as the July cover girl for Vogue magazine.

THE DETAILS The Pakistani Activist, who was previously shot in the head by the Taliban, gave an accompanying interview in the magazine, with celebrities such as Michelle Obama and Apple CEO Tim Cook contributing tributes to the Oxford University graduate.

Speaking within the magazine, Yousafzai, who is the youngest ever Nobel Peace Prize winner, discussed her female friendships with fellow activists Greta Thunberg and Emma Gonzalez, stating, “I know the power that a young girl carries in her heart.”

The cover was shot by photographer Nick Knight.

THE WHY? Taking to her Instagram page Yousafzai stated that she was ‘thrilled and humbled’ to be chosen as the cover star, adding, “I hope that every girl who sees this cover will know that she can change the world.”

Speaking in the magazine she said, “Muslim girls or Pashtun girls or Pakistani girls, when we follow our traditional dress, we’re considered to be oppressed, or voiceless, or living under patriarchy. I want to tell everyone that you can have your own voice within your culture, and you can have equality in your culture.”