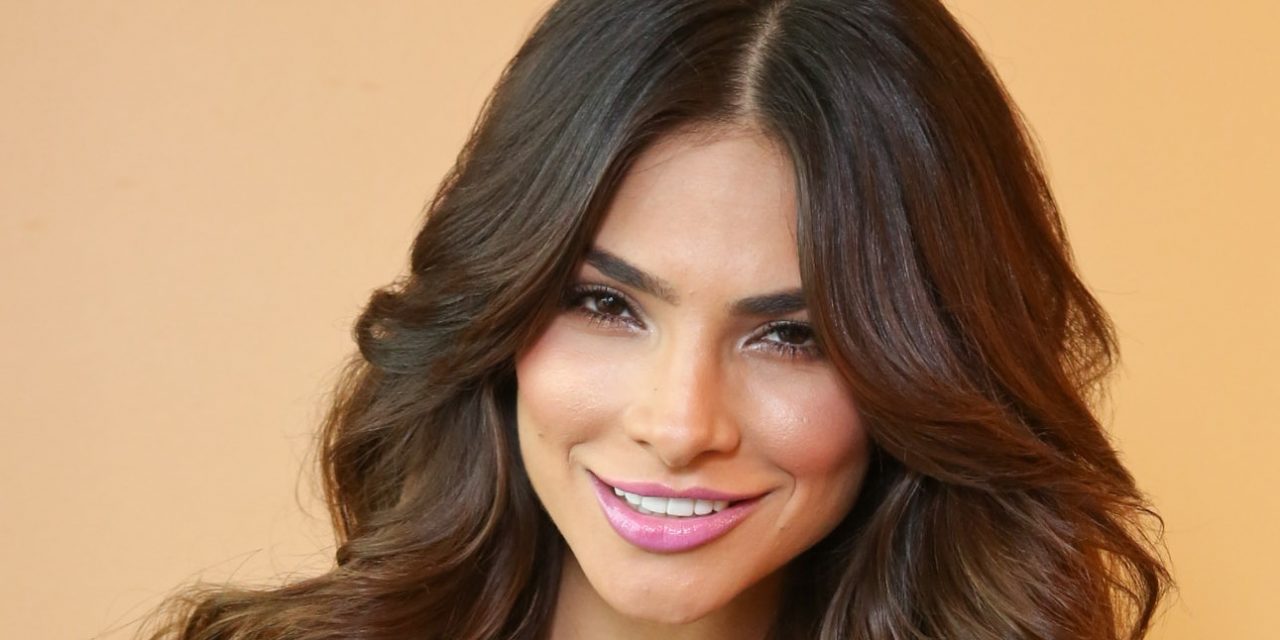 Little-known Mexican TV host Alejandra Espinoza has become the latest beauty ambassador for Revlon, in a rags to riches story.

Espinoza joins famous faces such as Emma Stone, Halle Berry and Olivia Wilde in becoming the latest face of the beauty brand, however, unlike her peers, she isn’t as well known in America.

In fact Espinoza arrived in America at the age of 16 with her immigrant parents, and worked three jobs in an attempt to help out with her 10 siblings. It wasn’t until her grandmother suggested she enter a TV competition that her luck turned around, and she has since gone on to work for the American Spanish language network and now co-hosts the new music competition show La Banda with Ricky Martin, produced by Simon Cowell.

Speaking about her beauty routine, Espinoza says, ‘I came from nothing. I am the American Dream. ‘I drink a lot of water. And I do yoga. Those are two of the most important things. ‘I use a face highlighter, mascara, and lip color. I also use an eyebrow pencil to make my brows look thicker. But that’s all I wear when I’m not on camera.”