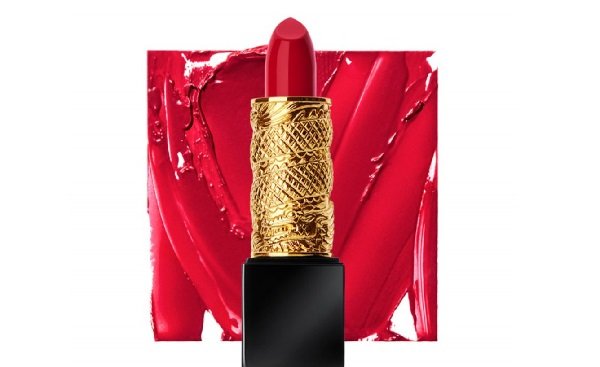 Milk Makeup has teamed up with notorious hip hop Wu-Tang Clan to create a limited edition range of lipsticks. The range was developed by the group’s unofficial leader, RZA and his wife Talani Diggs, according to a report published by Teen Vogue.

“In previous generations, the feminine energy has been dampened by the world,” he told Teen Vogue. “But now, women’s strength, beauty, and wisdom is finally being celebrated and permeating. Warriors come in all forms, but right now women are the modern warriors, unapologetic in their strength and speaking out about things they’ve held in or feared they’d be shunned for on both a personal and political level.”

The lipstick’s distinctive packaging is inspired by Shaolin kung fu, with custom-sculpted dragons winding around the gold-plated barrel. Shades are named for the eight earthly elements of I Ching. And while Teen Vogue are predicting a sell-out, not everyone was on board with the design, with industry commentator Estee Laundry calling cultural appropriation.

“Yet another fine example of #CulturalAppropriation. #WuTang, we get it, your name was inspired by the film Shaolin and Wu Tang so you wanted to bring a Chinese element to your Wu-Tang X #MilkMakeup collaboration. But using the sacred Chinese divination text, I Ching, and religious Taoist/Daoist symbols like the Ba Gua to sell your Lip Colour collection? Come on guys, you can do better than that,” the collective wrote on Instagram.