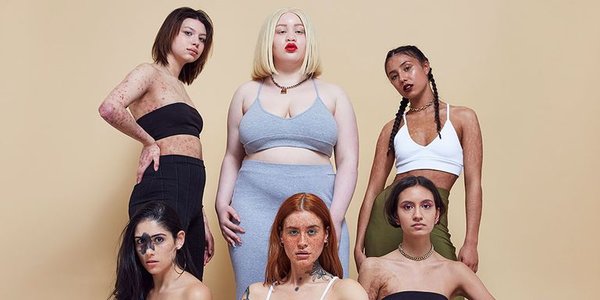 Fashion brand Missguided has launched a new campaign #inyourskin that looks to change the perception of what is considered normal skin.

As part of the campaign the fashion brand has hired six models with different skin types, ranging from burn scars, psoriasis, the rare condition of epidermolysis bullosa and albinism, with the aim being to ‘“inspire babes around the world to love themselves, for themselves”.

Following on from the brand’s previous Make Your Mark campaign, which featured completely untouched models in a bid to celebrate body positivity, it has also recently unveiled in-store mannequins that feature stretch marks, freckles and vitiligo.

Isabella, a 17-year-old model for the new campaign, said, “I think having shoots that are specifically based on scars or difference or body positivity is really great and a really good start. But, ultimately, the goal is to have a mixture of women in the same space, so women with a disability or disfigurement are also considered normal.”

Meanwhile fellow campaign model Beth Brice stated, “Growing up, I always wanted to change it and thought about trying to figure out what I could do to change it. I’ve realised it’s about accepting it.”