Missing the mark or hitting the spot – is Dove courting controversy? 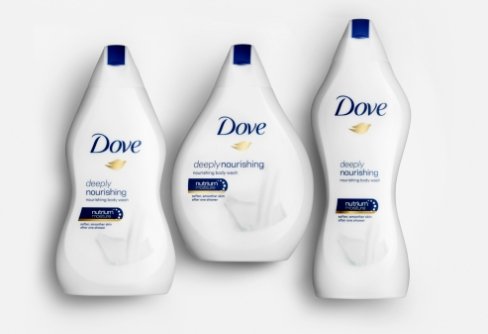 I’m not one for conspiracy theories. But as I watched the latest Dove scandal unfold over the weekend, an element of doubt did start to creep in. Could this global brand, known for its body positive message, really be so tone-deaf as to be causing its second major furore this year, and its third racism row in six years?

As Oscar Wilde definitely didn’t say, to produce a racist campaign once may be regarded as misfortune; to do it twice looks like carelessness but three times? THREE TIMES?

And it looks like I wasn’t alone. And while I’d rather gouge my own eyeballs out than agree with Piers Morgan, apparently his suspicions were raised as well, while Munroe Bergdorf asked ‘Why are they getting it wrong so many times? It makes you think they’re doing it on purpose’.

The Drum’s commentator Richard Hillgrove certainly thinks they are, “Could Dove’s contentious Facebook ad have been a cynical yet finely judged piece of PR? It’s hard to believe otherwise,” reads the sell of an opinion piece he wrote this week, which points to that fact that Pepsi, also embroiled in a racist ad scandal earlier this year, has actually benefited from the fall-out – with profits rising the quarter after the proverbial hit the fan over the drinks brand’s misjudged Kendall Jenner ad.

And Hillgrove goes on to estimate the worth of the media coverage the latest Dove row generated at £100 million when converted to its advertising equivalent. Considering Unilever is on a major cost-cutting drive, that’s some saving.

Of course, Dove’s contentious campaigns are just the right side of clumsy to ensure there are as many people attacking them as there are commentators leaping to their defence; if they are intentional, then they’re also masterful.

For example, In the latest fracas, first we had several people point out that a longer version of the ad showed the white woman peeling off her T-shirt to reveal an Asian woman so ‘it couldn’t be racist’ (to which we’ve been saying ‘WTAF?’ all week, but that’s another story). Now we have the model Lola Ogunyemi, speaking out. “I’m not necessarily defending Dove wholeheartedly but I would say Dove had good intentions,” she told the BBC on Wednesday.

But, as Charlie Brinkhurst-Cuff writing for the New Statesman points out: “Intent isn’t always important when it comes to racism. The advert is not ‘active’ racism… but it is definitely passive racism, an action that contributes to the maintenance of racism.

“…So the next time a (probably white) person brings up the fact that this fuss over the Dove advert has been a mountain out of a molehill, just remind them that while the advert didn’t stop at a black woman stripping off to reveal a white woman, nor did it come out of a vacuum. It traces back to years of discomfort black women have with their skin tones, thanks to whiteness being the dominant beauty standard. We’re not being sensitive. Dove made a mistake, and they most definitely should pay in profits.”

Unfortunately, if Pepsi is anything to go by, that’s unlikely. To return to our opening gamut: we don’t believe in conspiracy theories. If Dove was stirring the social media pot on purpose, surely it wouldn’t choose to do so in the same week it unveiled a major campaign. Yes, it’s a shame that this has overshadowed the Self-Esteem Project launch.

One thing is crystal clear, however: the brand needs to usher in some serious checks and balances. As Ogunyemi says, “Given the backlash they’ve faced in the past, you can see why people are upset. The fact that this could have happened should have been discussed.”