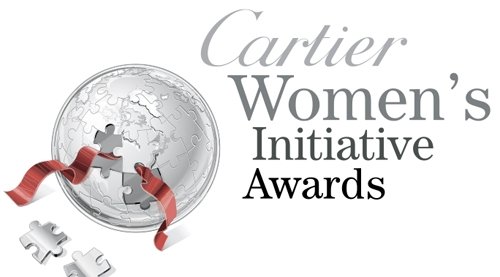 Managing Director of Izil Beauty, Mouna Abbassy, has been announced as a Middle East finalist of the Cartier Women’s Initiative Awards. The awards were founded in 2006 to foster and encourage women’s projects.

Abbassy, 33, creates and markets natural cosmetics that are said to be inspired by the natural and traditional preparation of homemade beauty recipes by the Moroccan Amazigh women such as Argan, Ghassoul clay, and other rare Moroccan natural ingredients.

The finals of the project, a brainchild between Cartier, the Women’s Forum, McKinsey & Company, and INSEAD Business School, are set to take place on October 15, 2015 in Deauville, Northwest France. Abbassy competed with over 1,700 applicants from over 100 countries, with just 20 other entrepreneurs making it through to the final.

Professional economists and experts will coach the entrepreneurs into the finals.

Abbassy founded her company in 2013 after moving to Dubai 10 years ago, The entrepreneur named the company IZIL, which means ‘Pure’ in English. Aiming to showcase the secret of the authentic beauty of Amazigh women in Morocco, Abbassy has a staff of 15 that are in charge of extracting the natural ingredients for Izil’s beauty recipes.