Move over Cyber Monday and Black Friday, Alibaba’s Single’s Day is in town… 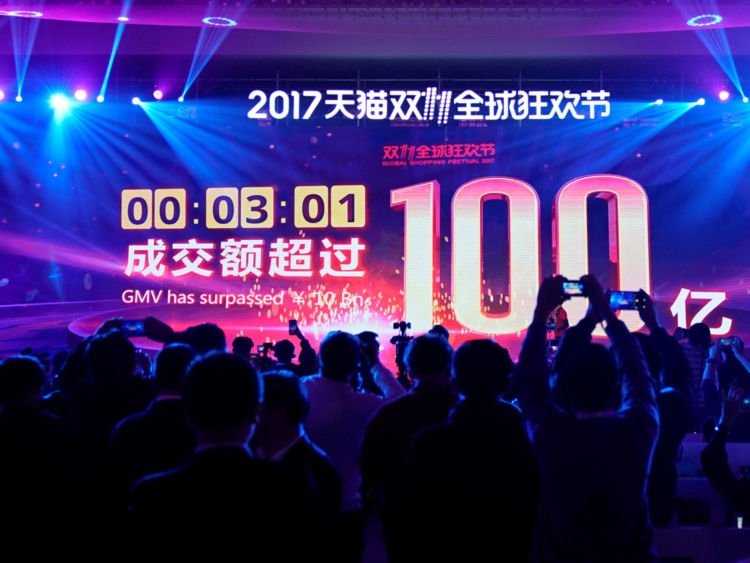 Well, it did it. Alibaba has well and truly smashed its 2017 11.11 Single’s Day. And when we say ‘smashed it’, we mean totally knocked it out the park. Not only beating last year’s sales figures, the annual shopping event generated a staggering CNY168.2 billion in sales – a huge 39 percent increase from 2016. So just what is it about this shopping even that has got brands and consumers hot under the collar?

Of course, here in the UK and over in the US, Cyber Thursday and Black Friday have seen tills ringing for years, but with Single’s Day sales massively overwhelming sales from both these global shopping days combined in the US – is 11.11 set to take over the world? For me, what’s so fascinating about 11.11 Single’s Day is that it is a single e-tailer that has driven this phenomenal concept, and that while predominately focused on the Asian market, Alibaba has big plans to continue the annual event on a global scale. Indeed, with shoppers this year taking part in the event from over 225 countries and regions – the Chinese e-tailer has even bigger plan afoot, with CEO Daniel Zhang stating, “We want to make Singles’ Day a more global event. We could take the gala overseas very soon.” It’s a fairytale marketing success story the likes of Amazon must no doubt be kicking itself that it didn’t initiate.

While Alibaba co-founder and chairman Joesph Tsai attributed a lot of the event’s success to the rising income of China’s 300 million middle-class consumers, it seems that much of the Chinese event’s triumph comes from a successful marketing angle – while of course shopping is key, it’s how the e-commerce site has taken a simple every-day activity such as purchasing goods, and has made it into a desirable experience that consumers want to participate in. Speaking to Reuters, Joseph Tsai, Alibaba’s co-founder and vice chairman, said of the festival, “This is a big event for China, for the Chinese economy. On Singles’ Day, shopping is a sport, it’s entertainment.” Entertainment is the key word here. Both brands and buyers are willing participants in an event which has been expertly hyped up as a must-attend occasion. Playing on the rise and rise of ‘FOMO’ (fear of missing out), Alibaba has evolved the shopping event by adopting new terms, new initiatives and new experiences for consumers to take part in. 11.11 has become the coolest festival around, that no one wants to miss out on.

Once such new term is ‘New Retail’. An Alibaba-coined phrase, it was a way in which the Chinese retail giant could work to merge consumer’s offline and online shopping experiences, with participating brands lapping up the innovative talk. L’Oréal, for example, took the concept and ran with it, using AR technology to create an interactive device within a Shanghai-based store for shoppers to virtually try on make-up, while it also created an in-store beauty product vending machine that buyers can use by simply scanning a QR code to instantly purchase goods – allowing them to use a digital device to completely bypass the sales assistant, yet luring them into the store at the same time.

Just the tip of the iceberg, its innovations such as these that have got the world over talking about Alibaba’s 11.11 Single’s Festival. So what of the 2018 event? Well, with this year’s extravaganza generating 90 percent of transactions from mobile devices, beauty brands would be wise to heed these figures and continue to focus their marketing strategies on online purchasing during the festival. It seems a dead cert that due to the unrivalled success of this year’s event, 2018 will see an even bigger, bolder, more lucrative festival that will continue to span way past the shores of China. And with sales figures to behold, it’ll no doubt attract more brand participation than ever before. In the words of Forbes, ’11.11 has its own ecosystem’ – and we can only assume that this ecosystem is yet to reach its full growth potential.