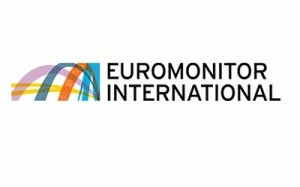 Global sales of beauty products grew by 5 percent in 2014, generating US$465 in revenue, according to new data from Euromonitor International.

The data, released at in-cosmetics Barcelona last week, showed that since 2008, the global beauty market has increased by US$23bn since 2008.

Growth has been fuelled by the increasing tendency among consumers in emerging markets to adopt extensive beauty regimes across product segments such as hair care, colour cosmetics and beauty.

China and Brazil remain the most promising markets with absolute growth expected to exceed US $10 billion by 2019. Growth is also expected in Indonesia, India, Saudi Arabia. Argentina, Iran, Mexico, Thailand and Turkey

By product category, the report predicted the strongest performance between 2014 and 2019 for the face mask market, which it estimates will post a compound annual growth rate (CAGR) of nearly 10 percent, reaching a value of around US$3bn.

The market for face masks in the US is also on the rise, having grown by 40 percent last year.

Facial makeup is predicted to grow at a CAGR of nearly 9 percent, followed by unisex fragrances (CAGR of approx. 7.5 percent) and men’s skincare (6.5 percent.)

However, skin care remains the largest segment across most markets, with global sales expected to reach over US $ 130 billion by 2019.