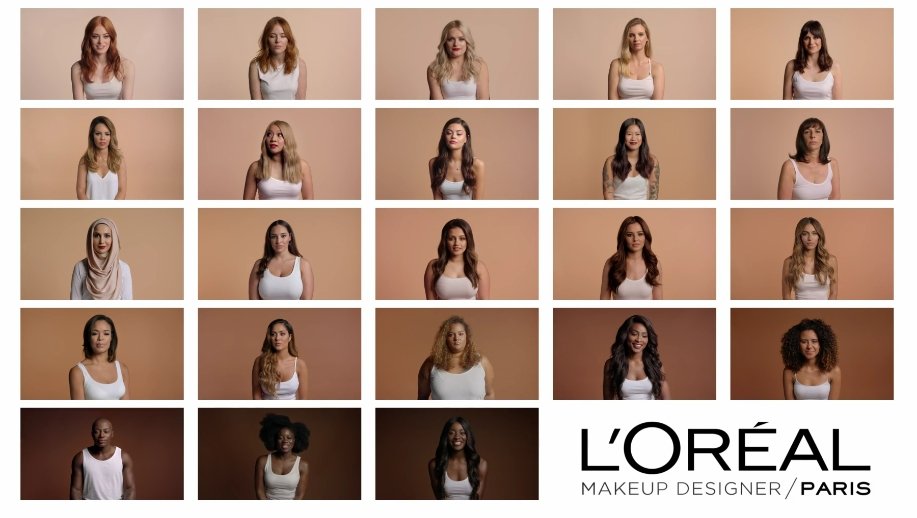 L’Oréal Paris has released a new campaign designed to ‘celebrate diversity’, according to a report published by Marketing Week. The new commercial for True Match foundation features several celebrities and bloggers, including make-up artist Gary who blogs under the moniker The Plastic Boy and is the first man to be featured in a mainstream make-up advertisement by the French beauty giant.

“We are very aware that the cosmetics market is growing and that more guys are using make-up and making make-up blogs,” Adrien Koskas, General Manager at L’Oréal Paris UK told Marketing Week. “The campaign shows we are listening to everybody, different characters with very different stories.”

The new campaign also carries a new, evolved tagline, with L’Oréal Paris’ notorious ‘Because you’re worth it’, changed to ‘All worth it’.

“I’m worth it, you’re worth it, we’re worth it. Our taglines have developed over time but we think it’s the same message whatever we do, to bring beauty to as many people as possible,” says Koskas.

And the ad is truly inclusive, both in terms of gender and race, and even size. Although several of the 23 celebrities and make-up bloggers featured boast the lean figures beloved of advertising campaigns everywhere, some do boast more ‘womanly’ figures. A stark departure from the norm.

The campaign was launched on social media on Sunday, with coverage via traditional channels to follow.