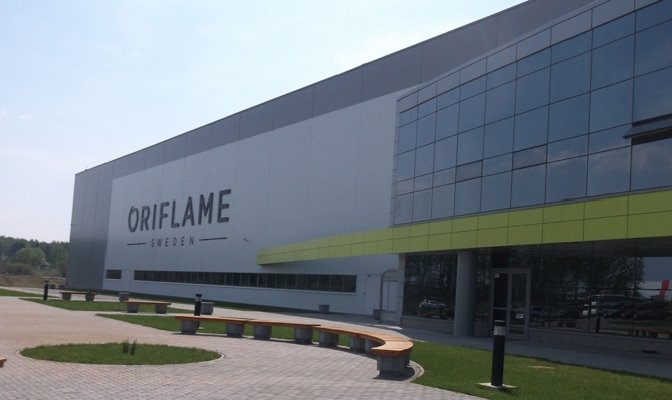 The new production site was officially inaugurated today and features a factory, warehouse and distribution centre built on a 26-hectare plot of land. The plant will manufacture shampoos, deodorants, liquid soaps and lipsticks.

In an effort to consolidate production and logistics in one location, Oriflame’s former factory in Krasnogorsk was sold to X5 Retail group in October 2014, and the all of the firm’s production in Russia has now been moved to Noginsk.

The site has been developed with a focus on sustainability and has been awarded silver LEED certification, making it the largest industrial facility to have achieved such accreditation in Russia.

Magnus Brännström, CEO and President of Oriflame commented, “The launch of our new factory in Noginsk is an important milestone for Oriflame, as the Russian market is, and will continue to be, essential for the company. The opening of a large production site will further support Oriflame’s sales and development in Russia and CIS.

“In addition, we are of course happy to contribute to the creation of hundreds of jobs in the area. We work hard to increase efficiency of our production and distribution in order to offer our consultants and consumers innovative quality products at affordable prices,” Brännström added.