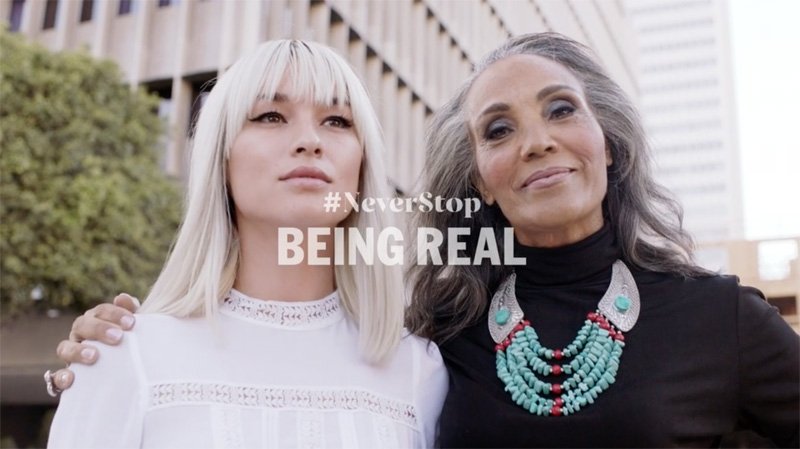 I will hold my hands up and say it. My name is Louise Prance Miles and I’m an addict. An Instagram addict that is. As soon as one of my children wake me up at some ungodly hour, I log on. I need my fix that instantly. I scroll through the pages (and pages) of posts by famous people I’ve never met, drinking in the picture-perfect lives they lead while wondering ‘where’s that top from?’, ‘I need that vase’, or ‘what lipstick is she wearing?’ I was once addicted to Facebook too, however, as my colleague Georgina touched on last week, that vice has been somewhat easier to quit. Likewise, Twitter and Snapchat also don’t have a sway with me anymore. Which is good, seeing as I simply wouldn’t have time what with my Instagram obsession. And it seems I’m not alone, and I’m also not the only one slightly swayed by the lives portrayed on this popular app. And a lot of the time, it doesn’t leave me feeling good. Now, I’m not one to sell myself short, but the oh-so glam Insta-lives would leave anyone feeling a little short at times. Indeed, according to a study by The Royal Society for Public Health and the Youth Health Movement, Instagram is the most detrimental social media platform in comparison to YouTube, Snapchat, Twitter and Facebook, and is the most harmful to one’s health in terms of net-negative responses. In fact, only YouTube came out with having any net-positive results – somewhat worrying in itself given the digital culture we’re currently immersed in.

However, I like to think I could give it up if I tried, and I am all too aware that what is posted on Instagram is often only the shiny side of the coin – the reality of a not-so-perfect life kept safely under wraps away from the prying eyes of the public. The worry though, is that many users of the site aren’t aware. Younger teens or influential, vulnerable consumers often use this platform as a way in which to keep abreast of fashion and beauty trends, with Instagram how-to videos being a huge hit and beauty vloggers often gaining fame and notoriety just by their presence on this social media hot hit.

But is the beauty industry inadvertently creating a generation of anxious users? According to the study, yes. Effects of using Instagram were listed as anxiety, depression, sleep, and FOMO (Fear of missing out), however the key negative side effect was body image. Indeed, a massive 91 percent suggested they were unhappy with their bodies and over 90 percent of 15-17 year old girls wanted to change one thing about their physical appearance, with body weight being the number one concern – worrying statistics for an industry that holds a lot of responsibility in the way the world perceives beauty.

But it’s not all skinny models and perfectly made-up faces; for all the high profile picture-perfect millennial models showcasing the not-so-realistic perception of beauty – think Kendall Jenner, Bella Hadid, Jourdan Dunn et all – there are also pioneers for a more realistic representation. Step up the likes of Ashley Graham and Iskra Lawrence – with plus size model Lawrence’s entire social media presence working towards promoting a better body image. And while there are many cosmetic companies unwittingly contributing to an unhealthy view of what is beautiful, the movement towards realism is, hopefully, spreading. Sephora kickstarted 2017 with the #neverstop social campaign that focuses on five women of all shapes and sizes, with different looks. It’s an initiative that other beauty companies could well take lessons from and emulate on not only their own social media accounts but through the accounts of the influencers that are paid above and beyond to represent the brands. We, as the pioneers of the social media culture, are yet to truly see the effects that the relentless onslaught of perceived beauty will have on young consumers – it’s probably about time the industry revved up a gear to promote diversity and acceptance.