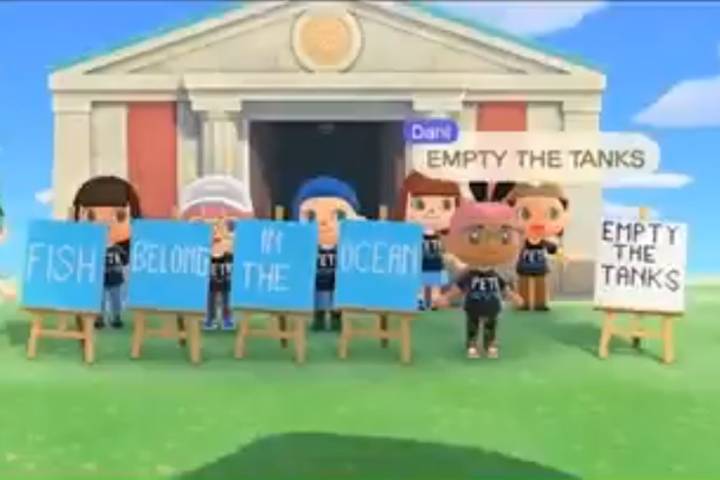 THE WHAT? Animal rights charity PETA has staged a virtual protest on the Nintendo Animal Crossing: New Horizons game in a bid to discourage users from virtual fishing.

THE DETAILS Held at the game’s museum, PETA shared a video of gamers encouraging Museum Director Blathers to ‘empty the tanks’, while shouting ‘fish are friends.’

The protest is said to be a marketing tactic to highlight Animal Crossing’s treatment of animals, with gamers having to fill the museum by capturing bugs and fish.

Outspoken about its views that the Nintendo game contravenes animal rights laws, PETA has previously released a Vegan Guide to the game.

THE WHY? The animal rights charity is well known for protesting animal riots violations and has been prolific within the gaming world.

It is the second company this week to use the Animal Crossing game to target a captive audience for their marketing needs.