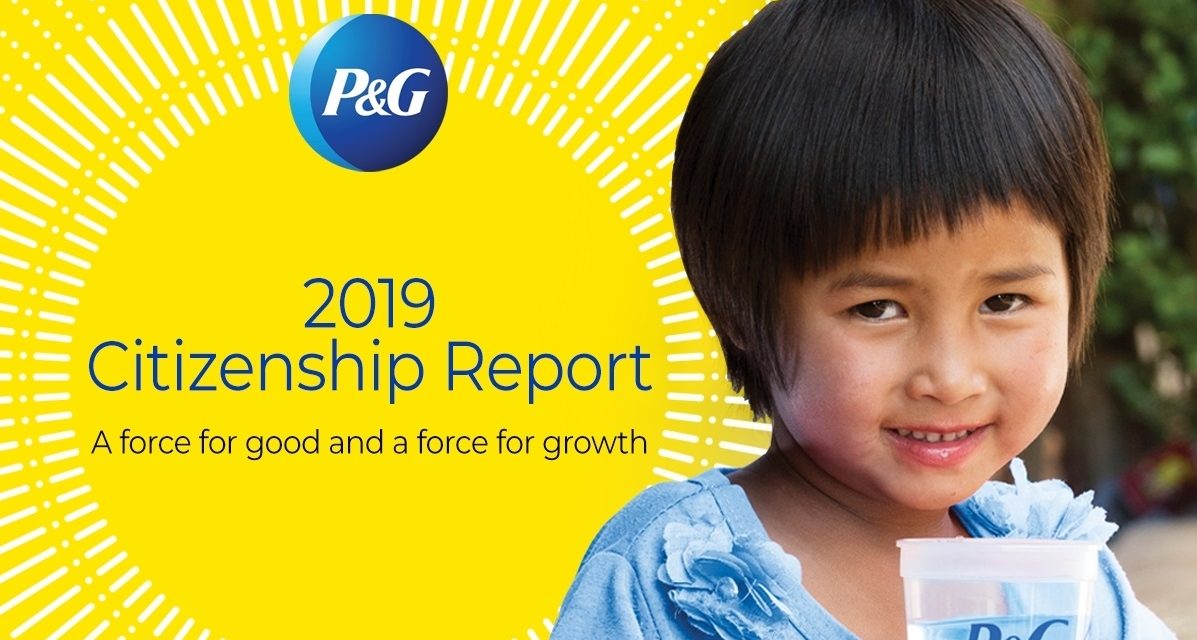 THE WHAT? Procter & Gamble has released its 2019 Citizenship Report, detailing progress in its focus areas of Community Impact, Diversity & Inclusion, Gender Equality and Environmental Sustainability.

THE DETAILS The company celebrated a number of achievements through 2019, including meeting its 2020 goal of providing 15 billion liters of clean water through its Children’s Safe Drinking Water Program and using its voice to spark conversations about gender and racial inequality.

Over the course of the year, the company was platinum sponsor of World Pride in New York, donated more than US$500,000 to help the US Women’s National Soccer Team fight for equal pay, launched The Look campaign, a follow up to its award-winning The Talk, and its board is now composed of more than 40 percent women.  On the environmental front, the company formed the Alliance to End Plastic Waste and partnered with TerraCycle

THE WHY? P&G knows that good is good for business – CSR programs build loyal customers and employees alike. “We’ve built Citizenship into our business, and it’s not only doing good, it’s building trust and equity with consumers, and driving growth and value creation—allowing us to be a force for good and a force for growth,” said David Taylor, P&G’s Chairman of the Board, President and Chief Executive Officer. “It’s not a separate thing we do on the side—it’s how we do business every day around the world.”