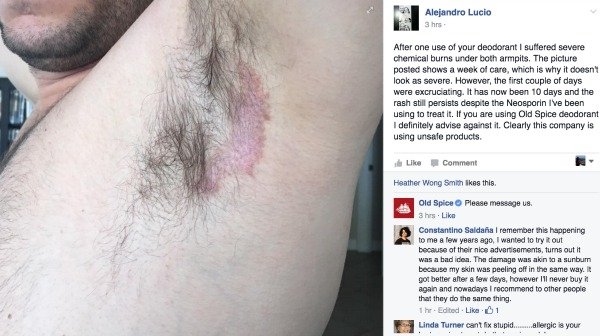 Procter & Gamble (P&G) has come under fire in a lawsuit filed in the federal court against its Old Spice deodorant, with plaintiffs suggesting the product has caused after effects such as rashes and irritation.

The class action suit filed in New York claims that more than 100 people have been affected by the deodorant with damages of $75,000 being sought.

The case follows a similar dispute brought in Ohio, where it was claimed the company breached a warranty implied under Ohio law.

P&G spokeswoman Tressie Rose told Bizjournals.com, “The New York cases allege nothing more than what was presented in the Ohio case, and we will push for a dismissal.”

Indeed, P&G states ‘A small number of people might experience irritation related to alcohol sensitivity, a common ingredient in virtually all deodorant products. For such men, an antiperspirant might be a better option because it has a different formulation.’