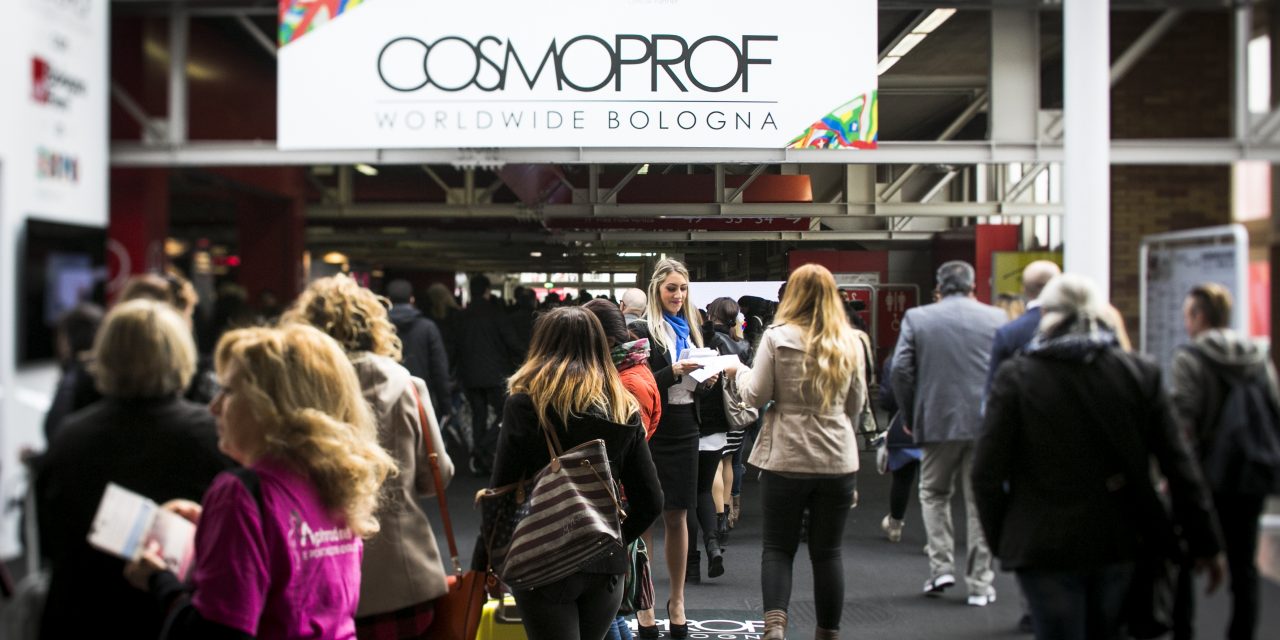 A total of 248,000 visitors were present at the four-day event held at Bologna Fair Centre, representing a 20 percent increase from 2014.

The event is increasingly attracting overseas visitors as 79,000 attendees this year came from abroad, up 30 percent from last year.

Visitors has access to 2,493 exhibitors, 70 percent of which were from overseas. More than 500 buyers attended the event from 51 countries, and were involved in 2,185 scheduled meetings with exhibitors.

Duccio Campagnoli, President of BolognaFiere, commented, “The enormous success of Cosmoprof which brought to Italy and Bologna the global industry of cosmetics and beauty from all over the world, is a truly exceptional event.

“First of all for our country as well as for BolognaFiere and for the city, which makes us feel, at the beginning of this spring, the strong scent of recovery and energy in Italy and that of a great interest from abroad on our country. This has been the great Cosmoprof of internationality, which ideally opens, as we said at the inauguration, the great age of EXPO 2015. We had 27 Country Pavilions, among them the US, the French and the Polish ones were visited by their Consuls in Italy, who confirmed the great credibility of our fair abroad.”

The trade show, which also takes place in Las Vegas and Hong Kong, is expanding with the launch of the first Cosmopack New York, due to take place in September.

Campagnoli added, “Competitiveness in foreign markets represents an opportunity for growth which has become increasingly indispensable for Italian companies in the cosmetics sector. This is the reason why Cosmoprof is becoming more and more international.”

Cosmopack Worldwide Bologna, which is now in its 48th year, gives a broad overview of the entire cosmetics industry, which has reached an economic value of about 13.5 billion euros.

Cosmopack, which is Cosmoprof’s “show within a show” for the supply chain of the beauty industry, attracted 420 exhibitors from 33 countries.

One the most visited areas of the event was been The Mascara Factory, with the live set-up of the production process for the mascara.

Furthermore, five companies in contract manufacturing, raw materials and machinery were awarded in recognition of eco-sustainability in their processes as part of Cosmopack competition, The Wall.