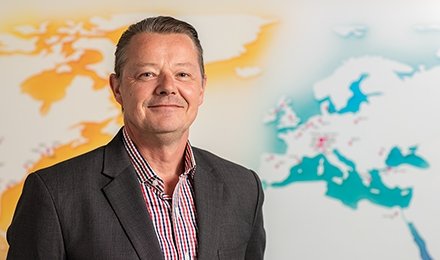 Royal DSM has announced the appointment of Gareth Barker as President DSM Personal Care & Aroma Ingredients as of 1st January, 2018.

The global-science based company also announced his appointment as a Member of the Executive Committee, with Barker having been promoted from his position of Vice President of Human Nutrition & Health EMEA for the company, having joined in 1993.

Barker will succeed Wilfrid Gambade, who has been promoted to President of DSM Dyneema, and will report to Christoph Goppelsroeder, President and CEO, DSM Nutritional Products.

As part of his previous role, Barker was said to have made a ‘significant impact on the implementation of value strategy, segment marketing and the Health Benefits Solutions platform in human nutrition,’ according to the company.