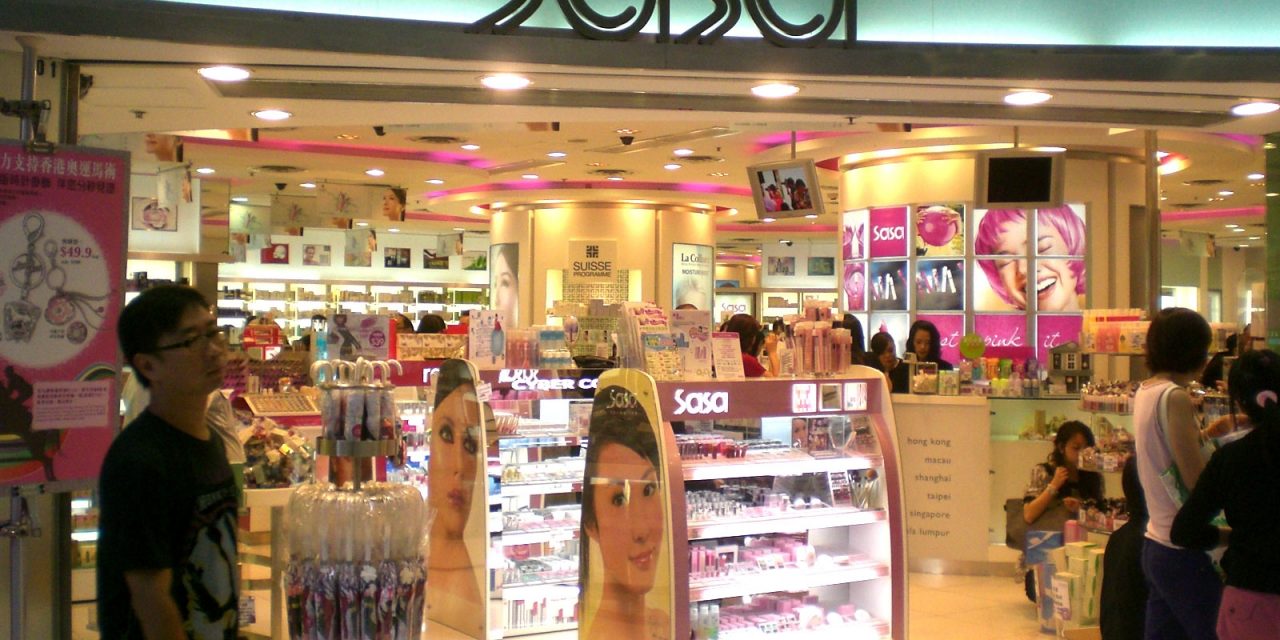 This wasn’t the only misfortune for the Hong Kong-based company, which also saw its average sales per transaction drop 9.1 percent to HK$366 while same store sales in Hong Kong and Macau – two of its core markets – fell 12.2 percent year-on-year in the same quarter. Sales in the two cities also dropped by 7 percent to $4.7 million.

The company has put the hard times down to the gaining strength of the Hong Kong dollar, with fewer shoppers and less money being spent on cosmetics.

The company said in a filing, ‘‘For the third quarter, the overall consumer sentiment in Hong Kong and Macau markets continued to be adversely affected by the strength of the Hong Kong dollar.
“During the period, the impact of the ‘one-trip-per-week’ policy has gradually gained momentum, leading to a notable year-on-year decline in the number of same-day visitor arrivals. We expect the negative trend will continue to influence the local retail market.”

Affected by the downturn in Hong Kong and Macau, the company’s group-wide retail and wholesale turnover was also down, falling 14.2 per cent year-on-year to HK$2.14 billion the same period. Meanwhile it saw a fall in sales in numerous other regions including mainland China, Taiwan, Singapore, Malaysia and its online site.