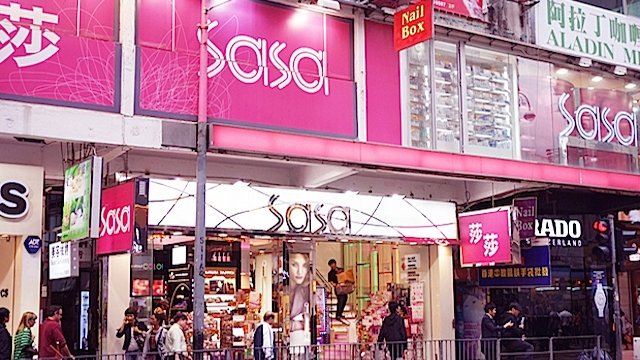 Hong Kong cosmetics and skincare retailer Sa Sa international has announced it will be removing all of its 21 stores from Taiwan by the end of March, 2018.

The company is set to be closing the stores due to them running at a consecutive loss for six years, with the focus now being on the commercially viable locations of Hong Kong, Macau and mainland China.

Indeed, the economy here is said to be even more profitable going forwards due to the development of an express rail line that connects Hong Kong to Chinese cities Guangzhou and Shenzhen. Likewise there will be a bridge opening between Hong Kong to Machau and Zhuhai, China.

Some 240 employees will be affected by the closures, with Sa Sa stating in a filing on the Hong Kong stock exchange that they will be compensated in accordance to local labor regulations.

Chairman Simon Kwok said, “To more fully capture the opportunities that will arise from such developments, the board has decided to reorganise its business proactively by closing its loss-making operations in Taiwan to step up its efforts to enhance its operations in mainland China, Hong Kong, Macau.”

The company is also said to be focusing on the development of its e-commerce business, with the store closures thought not to have a significant impact on sales due to the small 2.5 percent of turnover the Taiwanese market holds.