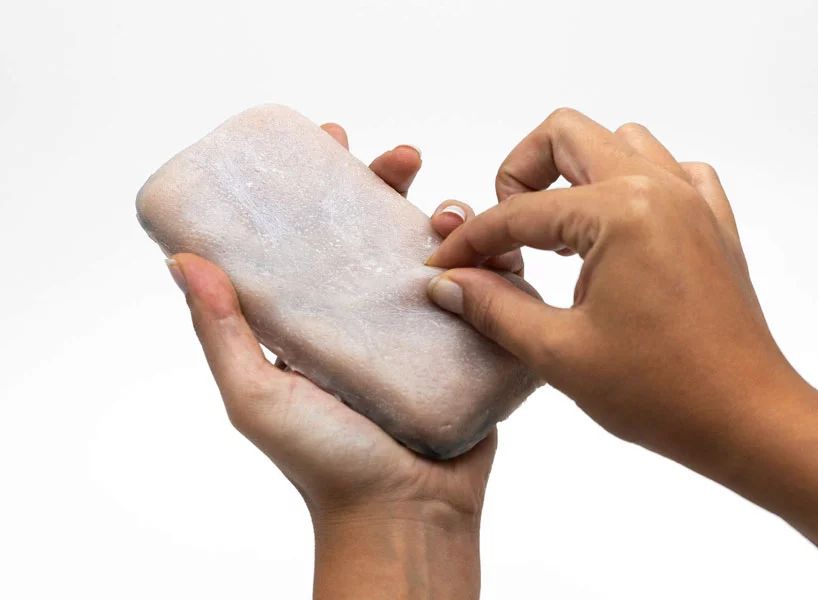 Scientists have developed artificial skin for smartphones that is sensitive to human touch actions such as tickling, caressing and pinching.

The Skin-On prototype was developed by researchers at the University of Bristol in partnership with Telecomm ParisTech and Sorbonne University in Paris and can be attached to mobile phones, wearable devices and laptop touchpads in order to boost their abilities.

Created with three layers – a dermis and hyperdermis layer with an electrode in the middle created with wires to act as sensors – researchers believe the development could give users a richer emotional experience when using technology.

The artificial skin was able to demonstrate ‘tactile emotions’ using emojis, with lead author Marc Teyssier, a PhD student at Telecomm ParisTech, stating, “A strong grip conveys anger while tickling the skin displays a laughing emoji and tapping creates a surprised emoji. This skin has a subtle surface texture – the sensing is performed in the dermis and the hypodermis layer (fat layer) and the elasticity is what allows us to perform expressive gestures such as pinching.”

Dr Anne Roudaut, Associate Professor at the University of Bristol, continued that the case “may look unconventional probably because we are used to our senseless and rigid casings, but we feel there are strong advantages of using more malleable technologies. The familiarity of the skin provides a more natural interface for end-users.”

The potential for the scientific research could see the development of anthropomorphic devices – those with human characteristics.