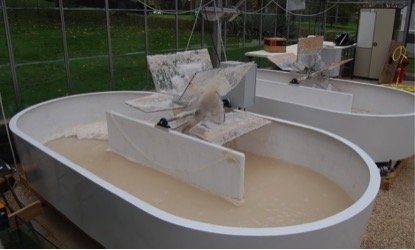 Scientists at Bath University have discovered a type of yeast that possesses near-identical properties to palm oil, following a three-year research project that could revolutionise the cosmetics industry.

Despite concerns over deforestation, palm oil is widely used in cosmetics due to its exceptionally high melting point and high saturation levels.

Metschnikowia pulcherrima, commonly used in South Africa’s wine industry, can produce up to 20 grams per litre of oil, giving it a similar lipid profile to palm oil.

It is also found on a huge variety of tree leaves, fruits and flowers. Initial bio-prospecting efforts have turned up strains in Vietnam, South Africa, Italy, France and England.

Dr Chris Chuck, research fellow at Bath’s Centre for Sustainable Chemical Technologies estimates that the land use requirement for commercial yeast production could be 10 or even 100 times lower than it is for palm oil.

However, researchers warn that the road from lab tests to industrial production is a long one and complications may arise. In the past, other promising palm oil substitutes such as algae have failed to be suitable for commercial use.

In coming months, the researchers will begin scaling up their experiments to find ways of growing enzymes using chemical processes rather than fermentation, which can be a costly method when used on an industrial scale.

If successful, it is hoped that the solution could be ready for commercial expansion in three to four years. The research is currently being part-funded by an undisclosed UK chemicals manufacturer.