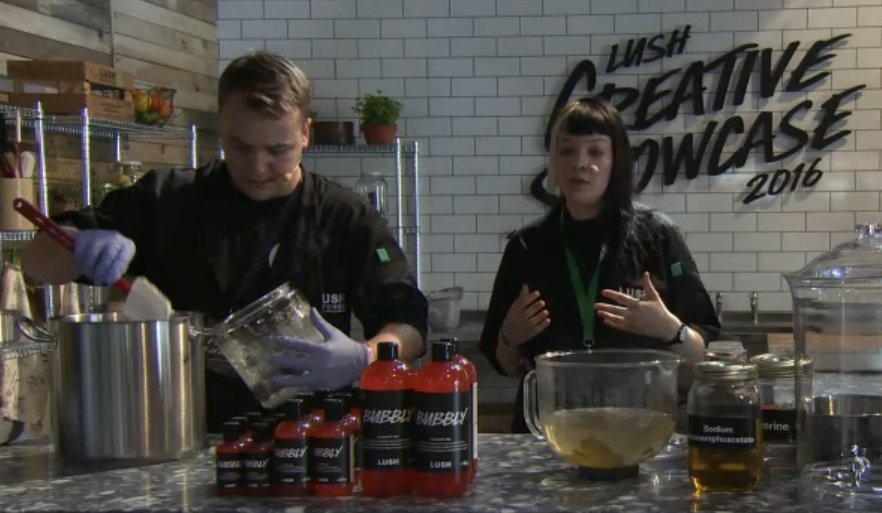 Handmade cosmetics brand Lush Cosmetics is said to be planning to launch its own video channel, Lush TV, according to a report published by Digiday.

The channel would stream content 24/7 and is said to be scheduled to launch in early 2017. The company conducted a trial run at its recent creative showcase, with seven film crews feeding non-stop, chat show-style content to the brand’s app and online player. Interactive elements pushed viewer figures up to 260,000 for the live kitchen stream, with viewers able to ask questions or guide the tour using the hashtag #LushLive.

In an interview with Digiday, Chief Digital Officer Jack Constantine confirmed that the showcase was a live ‘beta test’ for the channel. The company already broadcasts tutorials and meetings to staff via its online portal, but the plans would mix this existing content with engaging shows to take the channel public. “We’re not far off being able to fill a TV channel,” Constantine told Digiday. “Yes, we sell products but we can be a reliable source of news too. We’re deep in the grassroots and care about causes like animal testing.”

And selling products is, of course, at the root of this strategy. Video has proved more than commercially viable for the brand thus far, with products selling out during live ‘making of’ streams from the Lush Kitchen.