Sephora and Lush cut the crap; but who will be next to ride the Vegan (meat-free) gravy train? 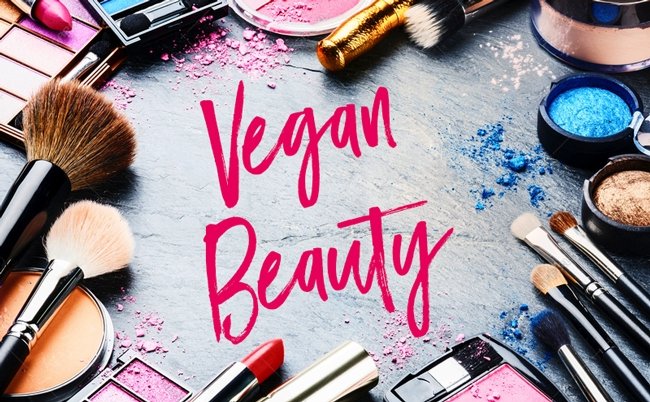 I’d really love to say I was one of those airy fairy London types who only drinks soy-lattes, shops exclusively for meat-free, dairy-free, gluten-free, fun-free foods, and who spends their Saturdays wafting from one yoga class to another. But I’d definitely be lying. McDonalds is my go-to weekend indulgence of choice and if I’m being completely honest, when I recently decided to embrace my (well hidden) inner green goddess with a Chia pudding breakfast, I soon realised I wasn’t completely sure what Chia was, so had to Google it. #sorrynotsorry.

However, it seems that I’m in the minority, indeed, not a day goes by without another vegan cookery expert popping up on my Instagram feed, while the holistic/green lifestyle is so now, sweetie darling.
Of course, while modern hipsters love the lifestyle, most also want to look the part while doing so. And if the contents of their make-up bag can match the ethics of their grocery shop, even better. However, the green movement is evolving past the tills of Whole Foods, with an increasing amount of consumers wanting their cosmetics as pure as possible – indeed, according to Mintel, one in five 16-24 year olds would say they were vegetarian (luckily I’m slightly out of that age group – just slightly mind). And, as we all know, the beauty brands are most definitely listening to these millennial consumers – the target audience of the moment.

One beauty company that has had its finger in the vegan/vegetarian pie since inception is Lush, with its very brand based on a sustainable, what-you-see-is-what-you-get ethos. But what’s interesting about this company, is that it too is moving with the times. Rather than rest on its laurels, assuming it had this trend nailed thanks to its past credentials, it has changed tact to keep up with the digital age. Indeed, Lush has gone for quality over quantity, reducing the amount of stores in favor of bigger spaces with experiential activities for its tech savvy followers. Catering to both digital and vegan amounts to a big win in this game.

Meanwhile Sephora has also made strong moves to strengthen its vegan offering. And if Sephora is buying into it, it’s a pretty safe bet that the movement is set for big things. Axiology, a small vegan make-up offering that breaks free from the stuffy connotations of organic make-up with glamorous luxury packaging, has been given shelf space in the retailer’s hailed stores, alongside a smattering of other vegan brands which now have their very own section. In fact, it’s safe to say that vegan is getting trendier by the day. Animal charity PETA has recently written a post-Coachella article highlighting all the ‘hip’ brands that will help consumers embrace the rising galaxy make-up vibe that was trending at the popular Californian festival. The brands, of course, all stick to the vegan ethical code, with the likes of Kat Von D and her Alchemist Holographic Palette getting in on the mix while Urban Decay, another cult brand making vegan mainstream, also featured thanks to its array of galaxy-esque products.

Its clear that there’s value in vegan, and its values are no longer limited to cosmetics, or the US for that matter, with Mintel suggesting growth opportunities in other areas of personal care, such as fragrance, in France. Said firm analyst Michelle Strutton, “The younger generation of France is far more receptive to vegetarian food than their older counterparts. As such, interest in vegetarian-friendly products and formulation is unlikely to remain limited to food in France.”
I’m pretty sure there are plenty of green warriors that would give their right arm (or yoga mat at least) to get their hands on a vegan fragrance, and the clean living movement most definitely has legs to run. I might even be tempted myself, after one more Big Mac for the road of course.