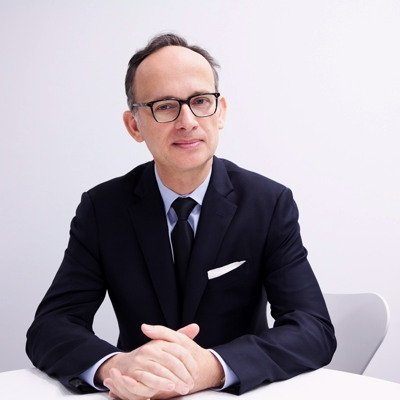 Barbara Calcagni, Senior Vice President, Global Marketing of NARS, who has led the brand’s marketing efforts worldwide since 2008, will succeed Desazars as President of NARS Cosmetics.

Desazars will spearhead Shiseido’s global ‘VISION 2020’ strategy announced last year, under which the company vowed to ‘Think Global, Act Local’ – cultivating each of its brands according to regional and market-specific needs.

Achieving substantial brand growth in segments such as prestige fragrances in developing new markets such as Africa and the Middle East is also a key responsibility of Desazar’s role.

Masahiko Uotani, President & CEO of Shiseido Co, stated, “Since becoming President and CEO of NARS in 2008, Louis has grown the business to be one of the leading global brands in the prestige makeup cosmetics category. Louis is a visionary leader with the ability to build and expand a business to a higher level, to guide and develop his colleagues and teammates, and to deliver superior sales and profits. Given Louis’ exceptional track record, I am completely confident that he will bring strong leadership and guidance to our European operations and BPI business.”

Louis Desazars said, “I am excited to take on these new roles and help develop and execute Shiseido’s strategic roadmap for the European region and build BPI’s global designer fragrance business. The past seven years have been an extraordinary experience. It’s been an honor working with a creative visionary such as François Nars as well as the incredibly passionate and talented NARS team. The brand’s continued success is a testament to their dedication, hard work and audacious spirit that drives innovation in every aspect of the business. I am so proud to have been part of this chapter in NARS’ history and confident that the brand will have a bright future under Barbara’s leadership.”