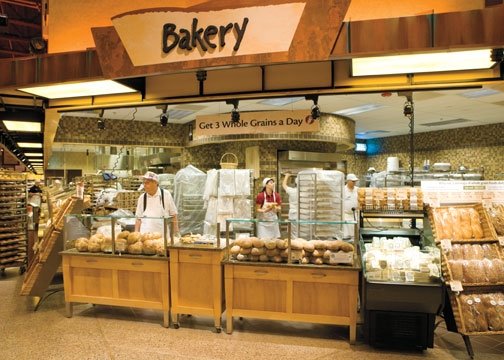 A survey of 63,000 US consumers has found that Wegmans is the top-ranking supermarket chain among shoppers, beating key players Walmart, Aldi and Albertsons.

The results, which appear in the May issue of Consumer Reports magazine, are estimated to reflect about 111,200 shopping trips between March 2013 and July 2014.

Wegmans was the top-ranked store, with an overall reader rating of 90 out of 100. Wegmans has come in first place in every Consumer Reports survey since the surveys were started in 2005.

Supermarkets are assessed according to the quality and freshness of produce, meat, bakery items and store-prepared food, as well as staff courtesy and store cleanliness.

Founded in New York in 1916, family-owned chaim Wegmans operates 84 stores in six states. More than half of the popular chain’s stores are located in New York,followed by 16 in Pennsylvania and seven in New Jersey.

Walmart Supercenter, the biggest grocery chain in the country, scored near the bottom of the ratings at number 67. Consumers gave Walmart low marks in all freshness categories. It also didn’t perform well for its courteous staff and store cleanliness. It scored better than many chains on price, but it wasn’t ranked the best value.